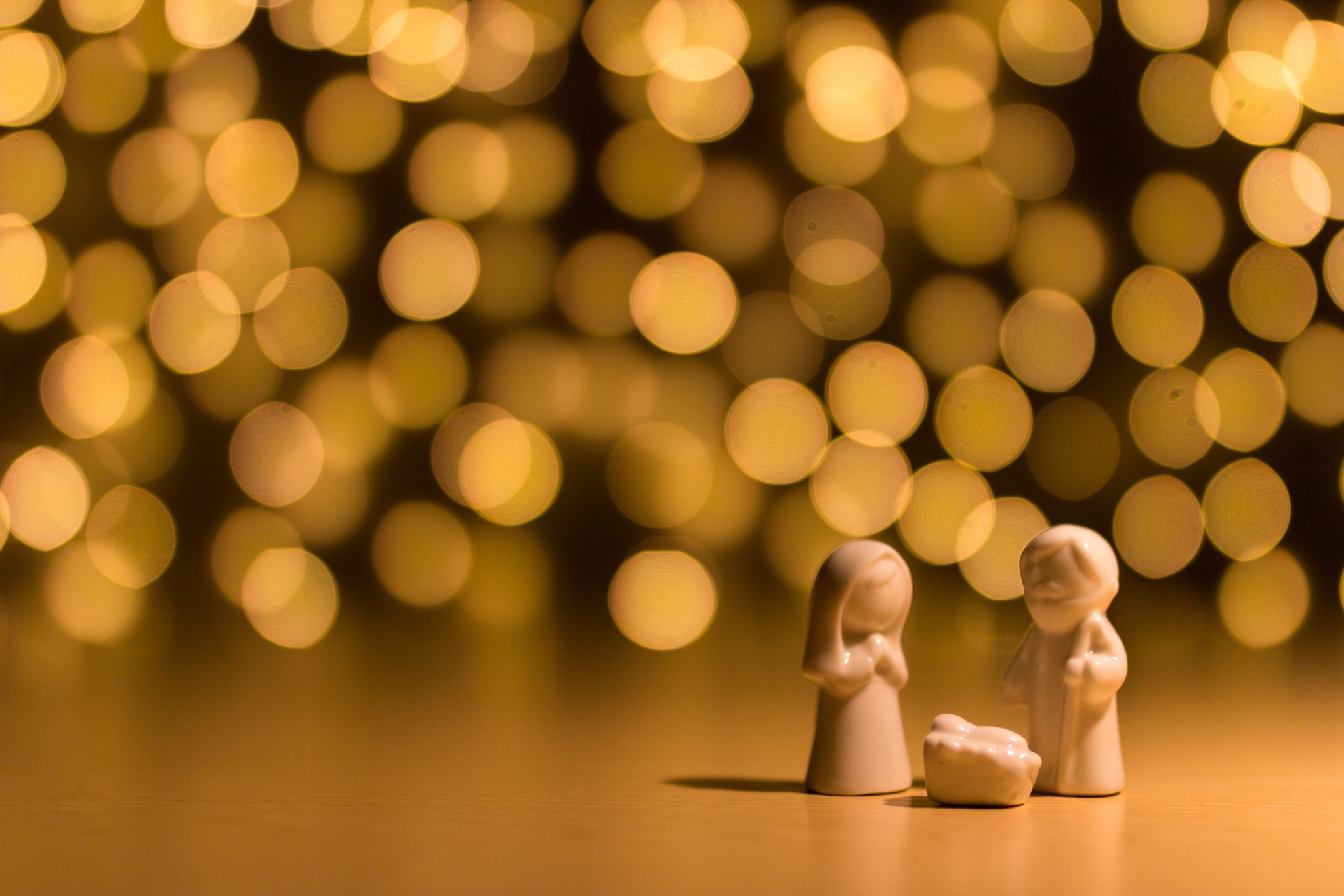 The “Pete Ruins Christmas” Series, Part 3: The Virgin Shall Conceive

Everybody just calm down. But here’s the deal…

Matthew 1:23 famously cites Isaiah 7:14, “Look, the virgin shall conceive and bear a son, and they shall name him Emmanuel,” which means “God with us.” This is understood to be a demonstration of biblical prophecy across the ages that predicts the miraculous conception of Jesus.

Luke also refers to Mary conceiving a child by miraculous means (“The Holy Spirit shall come upon you. . . “ Luke 1:35), but he does not tie it to the Old Testament as Matthew does. That tells us that the circumstances of Jesus’s conception are not dependent on whether Matthew’s appeal to Isaiah is convincing.

So everybody calm down.

As the prediction of Jesus, Matthew’s use of Isaiah 7:14 isn’t very convincing. Or better, it is convincing—it just depends on what you’re looking for.

The Greek word for “virgin” in Matthew 1:23 is parthénos (impress your friends), which means more or less a young woman beyond puberty but who is not yet married, and so one can assume a virgin. No problem so far.

`Almah doesn’t mean “virgin” but a young woman who may or may not be married. It could include virginity, but it doesn’t have to. In fact, it would be unusual, since Hebrew has a perfectly good, and common, word for virgin, betulah.

But still, from a linguistic point of view, `almah in Isaiah 7:14 could mean “virgin.” But contextually it doesn’t. It most definitely doesn’t.

The context of this prophecy in Isaiah (and it is a prophecy—but hold that thought) is the impending invasion of the Assyrian war machine led by King Tiglath-pileser III in the mid 730s BCE. In a desperate effort to not be annihilated, the king of the northern kingdom of Israel, Pekah, and his northern neighbor Aram (Syria), ruled by King Rezin, decided to form a coalition against the Assyrians—often referred to as the Syro-Ephraimite Coalition.

Pekah and Rezin really wanted the southern kingdom of Judah, ruled by King Ahaz, to join them but he was reluctant. So they thought they’d attack the southern capital of Jerusalem first to force him to comply.

Anyway, Ahaz is freaking out at the thought of this attack, and, to make a long story short, Isaiah gives Ahaz a sign, which has to do with the birth of a son to an `almah, which most English translations render (correctly) as “young woman.” Some refuse to budge and say “virgin” (so as not to upset Bible readers who might be cross-referencing Matthew 1:23) but then bury in a footnote “or ‘young woman.’”

The point here is that “young woman” is correct.

The miracle here does not concern the nature of the child’s conception, but that the child will be a sign of what will soon come to pass.

And this is why we need to keep reading past verse 14.

So what does that mean? Curds (something dairy) and honey (something nectar) are peacetime foods, not the kind of things you’d eat during a siege. And how old would a child have to be to have the capacity to choose good over evil? Good question. If it’s my kids I’d say 30, but normally let’s say a few years.

The point is that before the child is old enough to make moral choices, the Syro-Ephraimite siege will have come to an end. There will be peace. That is the miracle of the story, not the nature of the birth. If it helps, Begin reading at Isaiah 7:1 and when you get to verse 14 say “young woman” and then keep reading. It makes perfect sense.

You might ask—and you probably should—what about the child’s name? Emmanuel. “God with us.” Doesn’t that speak to the miraculous nature of this birth?

The Hebrew is Im-manu-el—literally with-us-God. But think of how many people in the Old Testament have “sentence names” ending with “El” (God).

Daniel means, “God is my judge,” but that doesn’t mean that the man bearing that name is God. There are dozens and dozens of sentence names in the Bible that contain “El” but they don’t identify the bearer of the name as God. Rather, those names say something about God.

So naming the child Immanuel (Emmanuel is reflecting later Latin spelling) is saying something about God, that God is with Ahaz and has nothing to fear. The child’s birth to a young woman and his early life is the sign of what God will do. The child isn’t the miracle in the story. The deliverance of outnumbered Judah from the coalition is.

So is Matthew stupid? Can’t he read the context as well as we can? Sure he could. But Matthew is engaging here (as he normally does—just track his use of the Old Testament in chapters 1-2 alone) in the creative interpretation of his Bible (the Greek Septuagint) and tying that story in Isaiah to the birth of Jesus by means of a “hook word.”

Such creative handling of texts (often called “midrash”) was a common Jewish method of interpretation at the time, and we need to keep in mind that Matthew’s Gospel is likely aimed at a Jewish readership.

We might think—and I hear this objection often—that such creative interpretation would never have convinced anyone. But that is thinking like a modern westerner, and not like an ancient Jew. They wouldn’t have batted an eyelash. But more likely, Matthew wasn’t trying to convince anyone that Isaiah 7 “proves” Jesus. He is writing to those who already believed, which included Jews, and such creative connections to Israel’s story would have been seen as captivatingly ingenious.

[If you want to read more about the New Testament’s use of the Old, search this blog or check out The Bible Tells Me So and Inspiration and Incarnation.]

The Pete Ruins Christmas Series, Part 2: For Unto Us a Child is Born