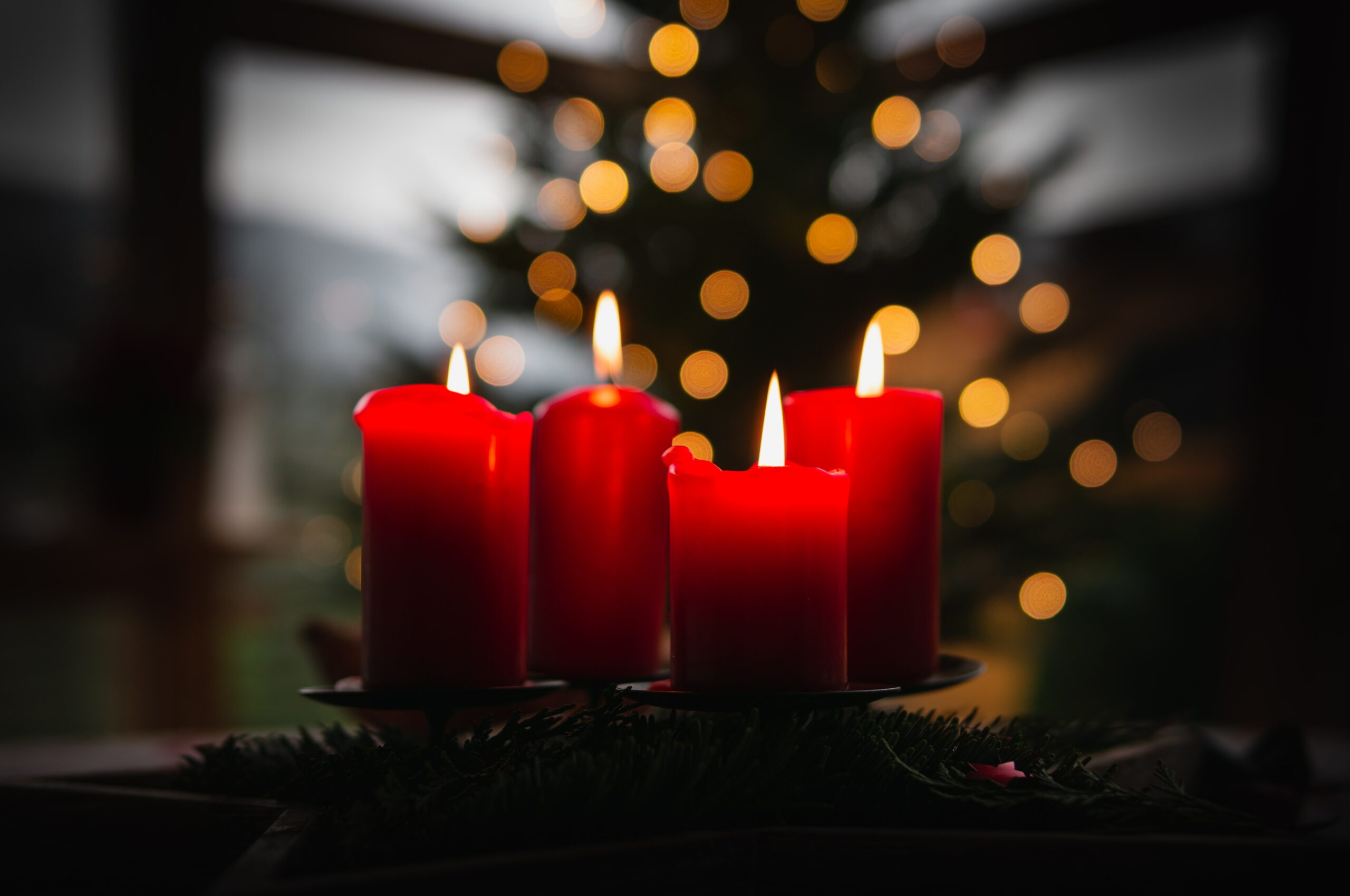 Many of you no doubt are familiar with this Christmas hymn, “O Come, O Come, Emmanuel”:

Actually, it is an Advent hymn, since it is all about anticipating the appearance of Christ. But what is lost during the Christmas season is how thoroughly Jewish this hymn is.

“Emmanuel” is the Greek spelling of the Hebrew word Immanuel (found in Isaiah 7:14) which means “God with us.”

But that’s not the interesting part.

The son of God spoken of in this hymn is coming to ransom Israel, which is captive to someone or something as it mourns in lonely exile. Don’t spiritualize this too quickly—Ancient Jews wouldn’t have.

Luke’s birth narrative speaks of Jesus in precisely this way.

We see this already in Gabriel’s announcement to Mary:

This familiar passage is loaded with imagery from the Old Testament that would have been right at home to Jews in the 1st century.

First, the name Jesus is the Greek version of the familiar Hebrew name Joshua, which means “Yahweh saves” (or thereabouts). Joshua, you may recall, “saved” the Israelites not in some spiritual sense, but by defeating their enemy, the Canaanites. Jesus’s birth signals a similar “salvation.”

That much is made clear in what follows. The phrase Son of the Most High (Son of God in verse 35) is not a declaration of Jesus’ divinity, as Christians often assume, but an ancient title of royalty.

According to Psalm 2:7, when someone becomes king in Israel—not unlike in other ancient cultures—he becomes at that moment “begotten” by God. Not literally . . . no divine nature is bestowed upon the king . . . but symbolically.

“Son of God” is a way of referring to the divinely appointed king of Israel, and not code for a divine-human hybrid.

To drive that point home, this Son of God will be given the throne of his ancestor David who will reign over the house of Jacob (= Israel).

Again, we might be tempted to spiritualize these words to make them more compatible with the Christmas story we are familiar with, but the expectations for this child would have been well understood by an ancient Jewish audience.

One might also be tempted to claim that only a divine figure’s reign would have no end, but that would be a mistake. This is the same kind of hyperbole we see in 2 Samuel 7:16, where David’s reign is declared to be established “forever”—namely through his successors. Jesus’ birth is therefore presented by Luke as a continuation of the ancient promise to David, which had been taking a 600-year hiatus since the Babylonian exile when David’s “eternal” reign came to an abrupt halt.

In the announcement to Mary, Luke presents Jesus as the king who would reinvigorate the Davidic dynasty. This idea is given a clarifying dimension in the prophecy of Zechariah, the father of John the Baptist (Luke 1: 68-74):

This passage is replete with Israel-centered language. It is pretty clear that this soon-to-be-born Jesus would become a mighty savior in the line of David who will redeem/save Israel from those that wish her harm, which in that historical context were the Romans.

When baby Jesus is brought to the temple to be circumcised, we meet Simeon and Anna, two elderly prophets, whose words are consistent with Gabriel’s and Zechariah’s (Luke 2:22-38). They also add another important dimension.

Simeon was hoping to see the “consolation of Israel” before he died (verse 25). This language echoes Isaiah 40:1 “comfort my people,” which announces the end of the Babylonian exile (comfort and consolation are the same words in Greek).

But what does it mean for Simeon to hope to see the end of the exile when that had already happened hundreds of years earlier? Because as long as the Jews were under the oppressive thumb of the Romans, the exile was not really over. Full deliverance required a Jewish king to end foreign rule. Simeon saw Jesus as that king.

Likewise, Anna echoes this “end of exile” language: “At that moment she came, and began to praise God and to speak about the child to all who were looking for the redemption of Jerusalem.”

There are more moving parts to throw into the mix, but this is the meat of it. Early in Luke’s Gospel, Jesus’ birth was hailed as an Israel-centered step toward the reinvigoration of the Israelite kingdom.

As Luke’s Gospel proceeds, some of those expectations are expanded and reframed along lines more familiar to Christians. Jesus, after all, did not seem to have an interest in reinvigorating the monarchy. Nor is Israel’s mighty savior supposed to die at the hands of the Romans.

The transparent Jewish expectations with which Luke begins his Gospel will take on broader—and surprising—dimensions. Without understanding the nature of the expectations Luke sets us up for at the beginning of the Gospel, we cannot appreciate the unexpected twists and turns to come.

The “Pete Ruins Christmas” Series, Part 1: Christmas in America and the Old Testament

The Pete Ruins Christmas Series, Part 2: For Unto Us a Child is Born

The Pete Ruins Christmas Series, Part 3: The Virgin Shall Conceive