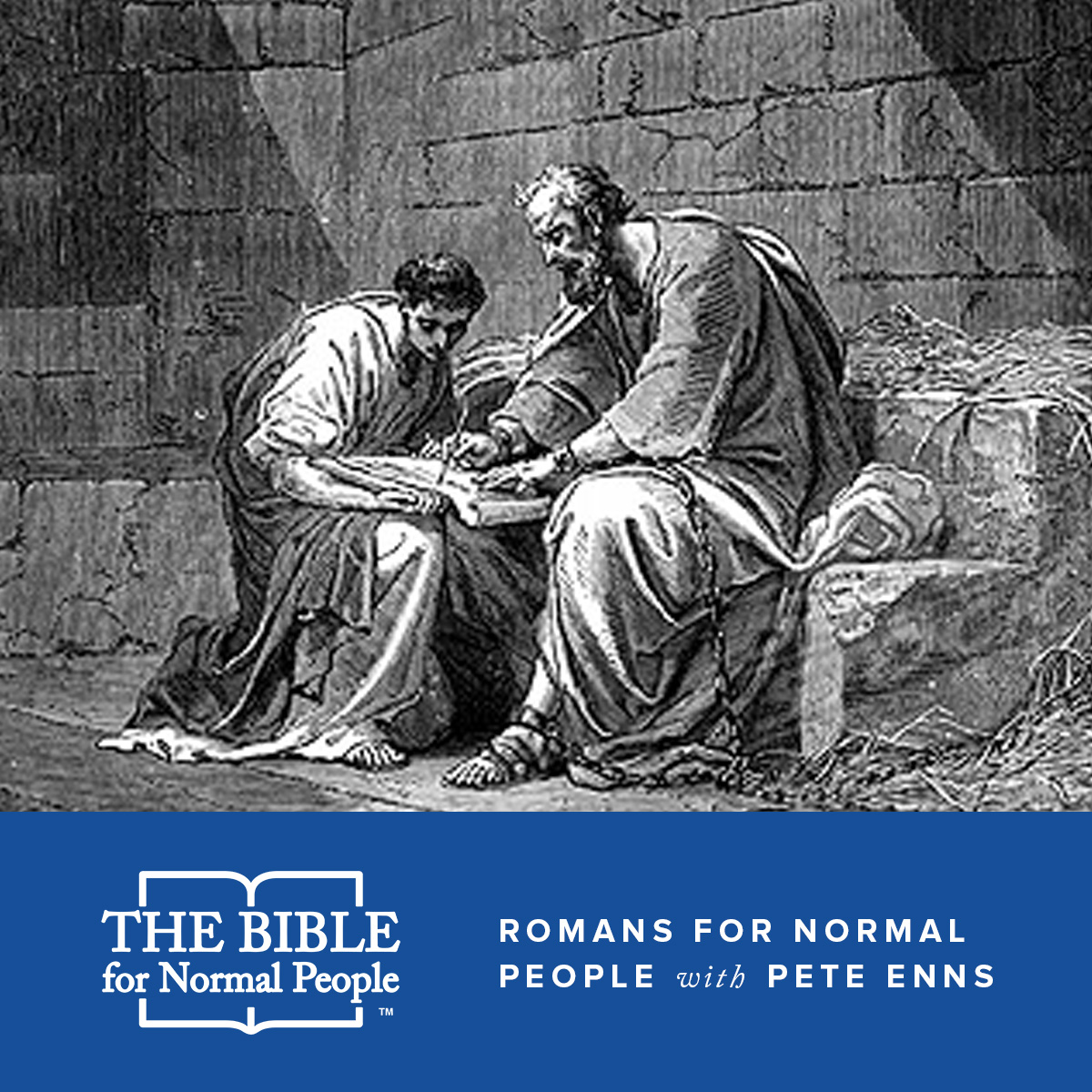 In this episode, Pete (joined by his cat Marmalade) shares 10 things essential to understanding the book of Romans. He’s quick to point out a number of varying opinions about this important letter and suggests that the ways in which we’ve come to understand Paul’s writings may be incomplete at best. And the trite ways that some of the more familiar passage have been recited are far from Paul’s original intent.

Pete Enns: [00:00:00] You’re listening to the Bible from Normal People. The only God-ordained podcast on the Internet. Serious talk about the Sacred Book. I’m Pete Enns…

Pete Enns: [00:00:10] Hey everybody welcome to another episode of the Bible for Normal People. Another solo episode by Moi–or, actually, if we’re going to count Marmalade, my cat who is about three feet away from me. It’s sort of a dual episode. You may hear her. She complains a lot, especially if I’m saying something that she doesn’t like so we’ll see how that goes. But, anyway… We’re going to talk about Romans today. Pete’s Top Ten Things You Need To Know. And I say that with a little bit of trepidation because if you want to get beat up by other biblical scholars–they tend to be pretty nerdy bunch–but, one thing that gets them riled up is when you go to them and say, “I think I know what’s going on in the book of Romans.” And for good reason. For every square inch of Romans, there are about 15 cars parked on top of it because it’s a tough book to understand and how you put the pieces together depends on how you read certain passages. And how you read certain passages depends on how you look at the book as a whole. So there’s plenty of room for disagreement and people making mistakes including myself. But I thought I’d give you my take on this book because I think it’s a very important book. I actually think Romans is exciting and interesting even if it’s difficult to understand.

Jared Byas: [00:32:10] We’re sorry to interrupt the podcast, but we want to take one minute to mention two simple ways to support the work we do with the Bible for Normal People. First, head to iTunes, rate us, give us a review. That really helps us out. Secondly, check us out on patreon.com/thebiblefornormalpeople, where you’ll find ways to jump into the community. Join the discussions that are going on and offer your support at various levels. Last, but not least, we want to give our deepest thanks to some of the members of our producer’s group. These folks give us a lot of feedback through email, calls, and overall just help make the podcast what it is. So thanks Chris Abbot Joshua Kway Gwen Straten David Black Wendy Davis alyssum unharness Rachel Emery Wayne Bardell Julian Scott Linda Irene Phil spon and Louis Scholefield. We couldn’t do what we do without you. So, thanks so much. Now back to the podcast.