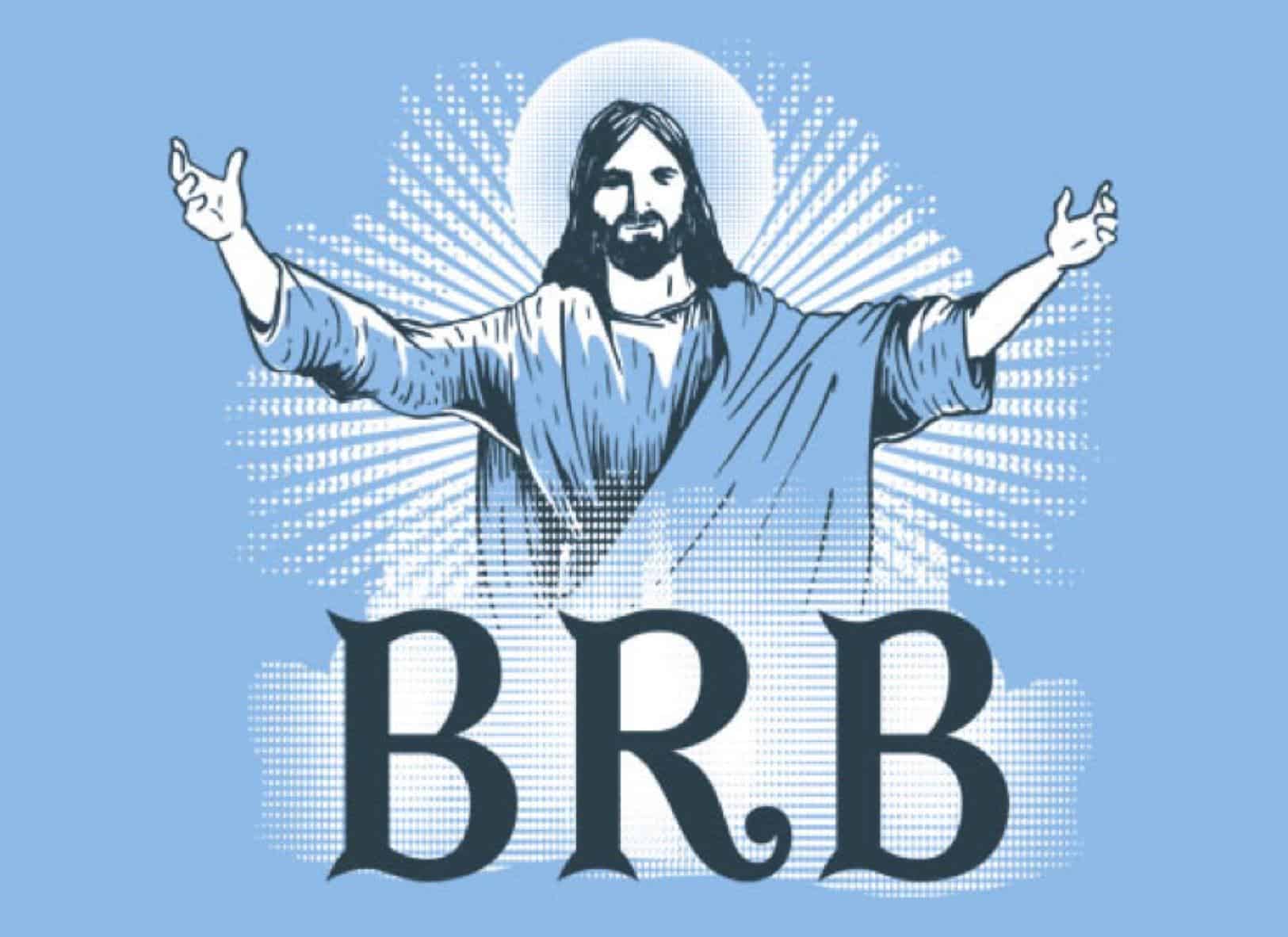 Yeah, that last part was click bait—or maybe not. How many times have you heard someone say, “When is Jesus coming back?”

Depends on where your thinking is on a topic that vexes a lot of Christians, including me:

What the heck is keeping Jesus from doing what he said he’d do: come back soon?

Today’s post begins a three parts series on that very topic and is based on a new book, When the Son of Man Didn’t Come: A Constructive Proposal on the Delay of the Parousia

, by Dr. Christopher M. Hays and in collaboration with several authors, including his co-blogger for this series, Dr. C. A. (Casey) Strine. 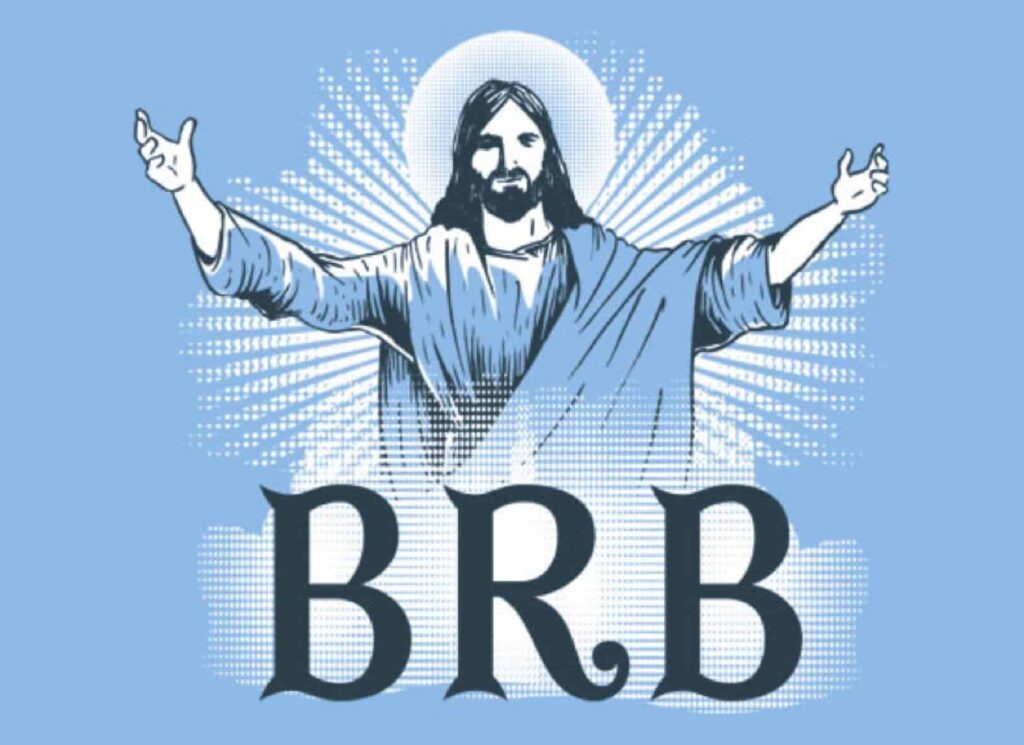 I think you will appreciate the honesty with which they lay out the problem and the freshness of their proposal for the delay of the parousia (Greek for “appearing” or “arrival” and is used in theological studies to refer to the Second Coming).

And yes, for some the answer may be more shocking than the problem, but life is like that, so let’s move full steam ahead and see what happens.

and the author of Luke’s Wealth Ethics

and Renouncing Everything: Money and Discipleship in Luke

. He holds degrees from Wheaton College and the University of Oxford (D.Phil. New Testament Studies). He is currently Professor of New Testament at the Biblical Seminary of Colombia, where he serves as a missionary of United World Mission. Previously he was a wissenschaftlicher Mitarbeiter at the Rheinische Friedrich-Wilhelms Universtität Bonn <Gesundheit>, and British Academy Postdoctoral Fellow on the Faculty of Theology of the University of Oxford.

Strine is Lecturer in Ancient Near Eastern History and Literature at the University of Sheffield. His D.Phil. is from Oxford and his book Sworn Enemies The Divine Oath, the Book of Ezekiel, and the Polemics of Exile

won the 2015 Manfred Lautenschläger Award for Theological Promise. His current research focuses on how the study of involuntary migration can aid interpretation of the ancestral narrative in Genesis 12–50.

Post 1: Was Jesus Wrong about the End? (by Christopher M. Hays)

It was a sunny afternoon at the University of Bonn when figurative clouds of doubt darkened my hope in Jesus’ second coming. I blame the Germans.

During the Q&A following a stimulating seminar on eschatology, I commented that U.S. churches today continue to appeal to the imminence of Christ’s return to motivate repentance and conversion. I was thinking about summer camp altar calls: “The rapture could happen any second, so repent while you still have the chance! Jesus could come back right now. Or right now. Or right now!” *Cut to a music video of DC Talk singing I Wish We’d All Been Ready.* <Blog editor’s note: some of us older folks remember this as a Larry Norman song, but let’s continue.>

At this, a senior scholar arched an eyebrow and pointedly replied, “Ja, and I think this shows a disturbing lack of attention to theological progress.” The subtext of this rebuke was this: Jesus has not come back, so it’s time for theology to move on without the parousia.

Undaunted (thanks to the ebullient confidence that comes from a robustly fundamentalist catechesis), I assumed that this

skepticism was merely the result of incautious New Testament exegesis. So I hurried to the biblical text and found. . . problems. Problems that I didn’t have answers to.

So I put the question to friends from different theological disciplines and Christian traditions and we wrote a book about it: an Anglican Old Testament scholar, Casey Strine; a Dominican friar and New Testament scholar, Richard Ounsworth OP; a Greek Orthodox patristic scholar, Julia Konstantinovsky; a Russian Orthodox systematic theologian, Brandon Gallaher.

Happily, my friends worked out what I couldn’t: a new proposal about the delay of the parousia, which we think is, in its parts, perhaps not so new at all.

In this first post, I am going to put on my black hat and describe the problem of the delay of Jesus’ return. In our next post, my buddy Casey will don the white Stetson and begin to explain the solution we’ve proposed.

The basic reason there is a debate about the delay in Christ’s return is that Jesus told the first generation of his disciples that he would be back before the last of that crew kicked the bucket: “Truly I tell you, there are some standing here who will not taste death until they see that the kingdom of God has come with power” (Mark 9:1).

He assured them, “Truly I tell you, this generation will not pass away until all these things have taken place” (13:30)—“all these things” apparently including reference to the “Son of Man coming in clouds with great power and glory.”

Admittedly, he said that nobody would know the “hour or the day” of his return, but in general terms, Jesus definitely prophesied that he would be back before the end of the first century.

And since we are still here, it seems like he was pretty wrong!

Obviously, scholars have suggested other solutions, but none have struck me as satisfying.

N.T. Wright, for example (see Jesus and the Victory of God

, pp. 348-68), has made the very attractive argument that the “coming of the Son of Man” language in Mark 13:26-27 refers to Jesus’ enthronement in heaven after his death, rather than his final descent to earth in judgment.

It’s an intriguing possibility, since Mark definitely alludes to Daniel 7:13, in which the “one like a son of man coming” is indeed enthroned in heaven. However, Mark 8:35-38 indicates that the coming of the Son of Man is a coming in judgment, rather than ascending to rule in heaven after his death. The same idea seems pretty clear in Luke 12:40//Matt. 24:44. And both Mark 8:34-9:1 and 13:24-31 say that the coming in judgment is supposed to occur within a generation.

So, insofar as I don’t think that the judgment transpired during the first century, it’s hard to take refuge in Wright’s thesis. It still seems like Jesus miscalculated when he foretold that he would return before the first generation of apostles died. 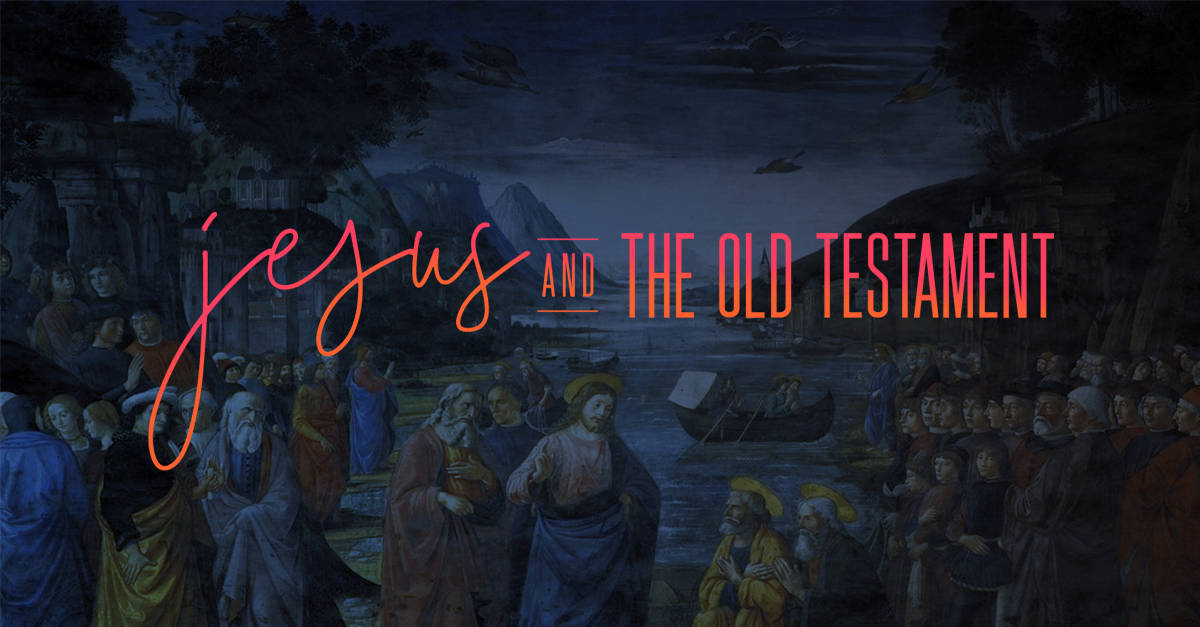 Jesus and the Old Testament Course with Peter Enns

At the risk of stating the obvious, the principle problem with saying that Jesus was wrong about his imminent expectation of the consummation of the eschaton is that the imminence of the Kingdom of God was central to Jesus’ message. That’s effectively the thesis statement of Mark, the earliest canonical Gospel: “The time is fulfilled and the Kingdom of God is near; repent, and believe in the good news” (Mark 1:15).

And if the basic message of Jesus was wrong, then how can anyone presume to find “salvation” through faith in him?

More pointedly, why are people living and dying in hopes of being received into the Kingdom of Heaven when the terms of that offer (its nearness) seems to have expired nineteen centuries ago?

If Jesus’ prophecy about the timing of the Kingdom’s coming was not fulfilled, then isn’t this Christianity thing really just all wrong?

You see, even though Jesus did prophesy that he would return before the first generation of disciples expired, the important thing to remember is that Jesus was making a prophecy. And as Casey will explain in our next post, contrary to popular belief, prophecies do not purport to forecast fixed future events.

Prophecies are, by their nature, conditional.

A prophesied outcome may or may not transpire; it all depends on how the audience responds to the message of the prophet.

And in fact, when you look carefully at the New Testament texts, you can see that various authors did indeed understand the timing of Jesus’ return and the eschatological consummation to be, not fixed, but contingent upon human action.

If that is the case, perhaps the problem is not with Jesus’ message at all.

Perhaps the problem of the delay of the parousia is . . . us.