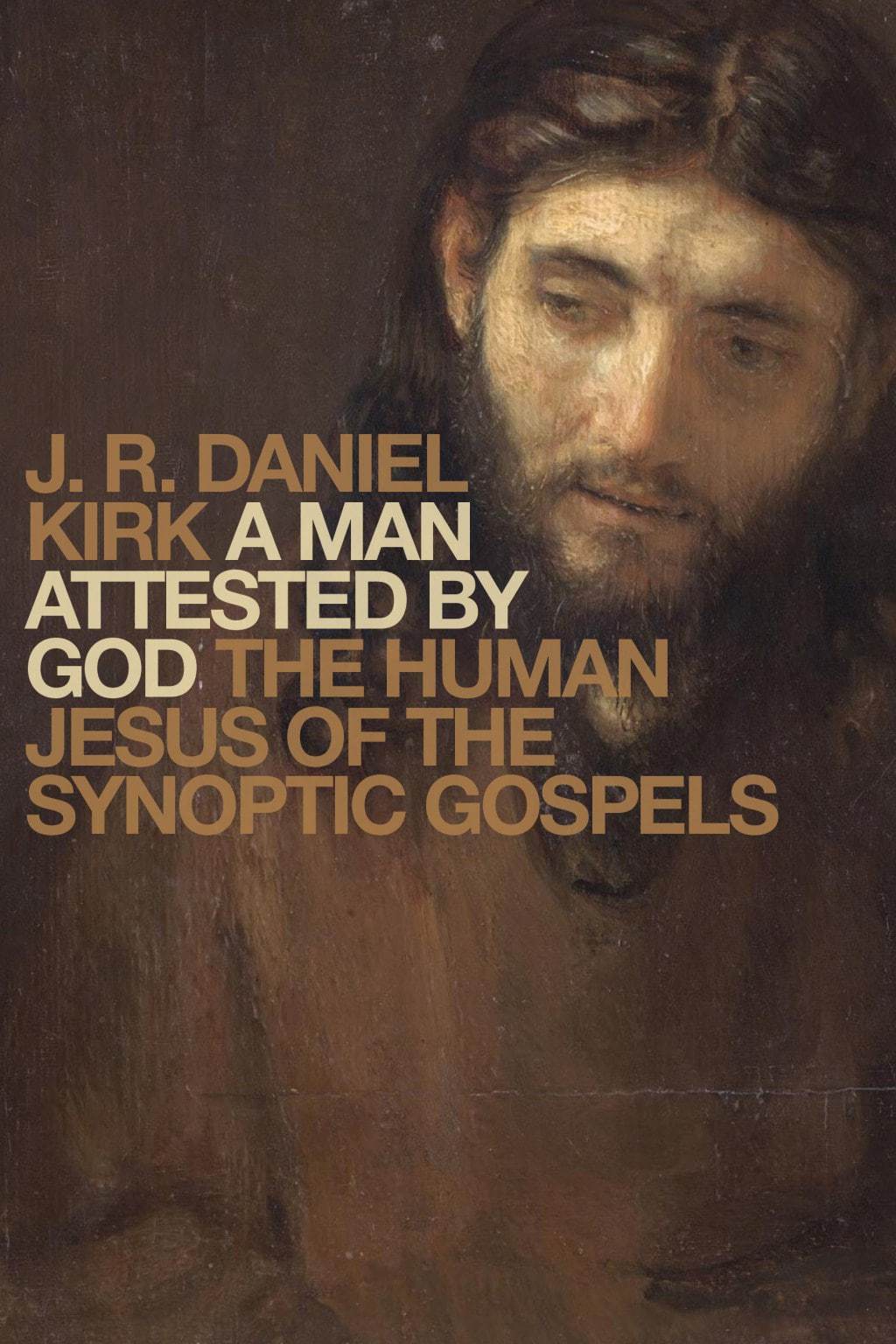 Why we should make a really, really big deal about Jesus’s humanity: short interview with J. R. Daniel Kirk on his new book 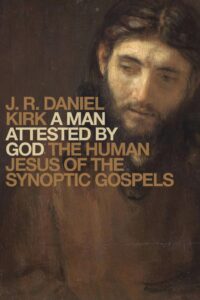 Today’s post a short interview is with J. R. Daniel Kirk, author of the recently published A Man Attested by God

Now, despite what you might conclude from the book’s cover, AMABG is NOT Kirk’s autobiography (haha, read the title slowly and chuckle along with me for a moment).

The book, rather, is a study of the human identity of Jesus in the Synoptic Gospels (Matthew, Mark, and Luke). Kirk asks the question “How do these Gospel writers actually describe Jesus?”

Kirk’s answer is provocative, compellingly commonsensical, and carries with it some important theological implications for how we see ourselves as part of God’s story.

Daniel Kirk’s PhD is in New Testament from Duke University and he has taught in a variety of institutions over a ten-year teaching career. He lives in San Francisco with his wife Laura and two school-aged children. His other books are Jesus Have I Loved, but Paul?: A Narrative Approach to the Problem of Pauline Christianity

and Unlocking Romans: Resurrection and the Justification of God

1. Why did you write AMABG? Why were you curious about this idea?
Blogosphere confessional: growing up, and even all the way through seminary, I did not like the Synoptic Gospels. The faith I was nurtured on kept bringing me back around to the idea that being a Christian was about believing the right things about Jesus; specifically, that he was God. So I knew how to read John. It worked. But the Synoptic Gospels? Not so much.

Don’t get me wrong. I still believe that the New Testament teaches that Jesus is pre-existent and divine. I still believe that this is an important part of the Christian confession about who Jesus is. But like so many other things I believe, this particular idea is not necessarily what each and every part of the Bible is trying to shine a light on.

In my first year of graduate school I started getting the tools to read the Synoptics through a different lens: what if these stories aren’t meant to show that Jesus is God, but are instead meant to show that Jesus is Israel’s Messiah? The idea that they show Jesus to be Messiah or Christ is, of course, obvious, but it might well be that its profundity gets lost because we take it for granted.

So what happened was this: just as I started actually understanding these stories and being able to see them as coherent narratives about Jesus as Messiah, the “early high Christology” movement started to hit its stride (the notion that Jesus’ divinity is not a later theological development but already confessed by the earliest followers of Jesus).

Now a host of New Testament scholars were saying things like, “the earliest Christology was already the highest Christology.” In other words, they were trying to stake out ground for precisely the sorts of readings that had kept me from understanding the Synoptic Gospels for years.

I wrote AMABG because I realized that what I was seeing in the Synoptic Gospels would be drowned in the rising chorus of voices singing the divine Christology song. I wanted to give people tools to see what I had seen (and to check for myself just how far my “Jesus is Messiah” paradigm could take me when rigorously interrogating these texts).

It has also been my experience that Christians are always looking for the “highest” possible Christology, and I think that this has left most of us with a rather anemic understanding of Jesus’ humanity. The good stuff goes in the “Jesus is God” box, while the weakness, suffering, and death goes in the “Jesus is human” box. But that is not only faithless to the biblical story, it takes away the ground for understanding what humanity is, why God loves us, and what God has in store for us.

So I wanted to write this book: (1) to preserve and propagate a better reading of the texts, (2) to fend off what I think to be less helpful interpretations, and (3) to help develop a theological point that has massive implications for both our understanding of Jesus and our understanding of ourselves.

2. What’s unique about your take on the human Jesus? How is it different from others who’ve written on this in the past?
What I’m saying has a rich pedigree. It is very much in line with what Paul says about Jesus as second and last Adam and what Irenaeus (2nd century Church Father) says about Jesus needing to recapitulate humanity within himself. My focus on Jesus as an exalted human even has precedent in the work of Larry Hurtado who is himself a member of the “Early High Christology Club” (here

Here’s what I offer that’s unique:

3. What are 2-3 ideas you have in the book you’re most excited about?
(1) In my exploration of early Judaism I develop a new category that I call “idealized human figures.” It is incontrovertible 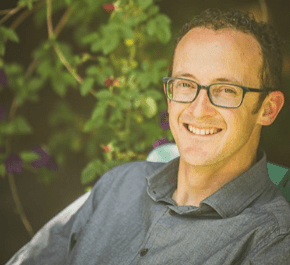 that humans were so idealized without necessarily being divinized. I think that this has the potential to change the conversation about NT Christology and immeasurably enrich our understanding of Jesus as a human and ourselves as the humans who are called to follow him.The theological richness of Jesus’s humanity goes far beyond, “We are terrible, therefore a human Jesus had to die.” It reaches back into the primordial vision of what God wants humans to be: God’s image-bearing creations that look like God on the earth as God rules the world through us.

The theological richness of Jesus’s humanity goes far beyond, “We are terrible, therefore a human Jesus had to die.” It reaches back into the primordial vision of what God wants humans to be: God’s image-bearing creations that look like God on the earth as God rules the world through us.

Once we see that Jesus does what he does because he’s the right kind of human we also open up the door to see what kind of humans God expects us to be: spirit-filled children of God who overcome systemic oppression, extend the reach of God’s family, feed the hungry, tend and cure the sick, lay down our lives so that others might live.

(2) The Gospel narratives hold together beautifully, as stories, if we will allow them to turn our attention to Jesus as a certain kind of man, empowered by the Spirit God for a particular set of tasks. The chapter on Jesus as son of God and son of man show how Mark, in particular, uses Christological titles in conjunction with the developing narrative in ways that have the potential to revolutionize how many of us read the story as a whole.

(3) In his sermon on Pentecost, Peter says I’m right: “Jesus was a man attested by God through signs and wonders and miracles…”

4. Who are you trying to reach in this book?
This book is directed to nerds: professors, graduate students, upper-level seminary students, laypeople who read too much theology.

But part of what I hope for is that there will be a broadening of the ideas throughout the church. The theology we hold in the pews needs to be enriched with a more robust understanding of what it means for Jesus to be “human in all ways like us, except for sin.” That’s the essential first step in understanding how it is that we will be made like him in all ways.