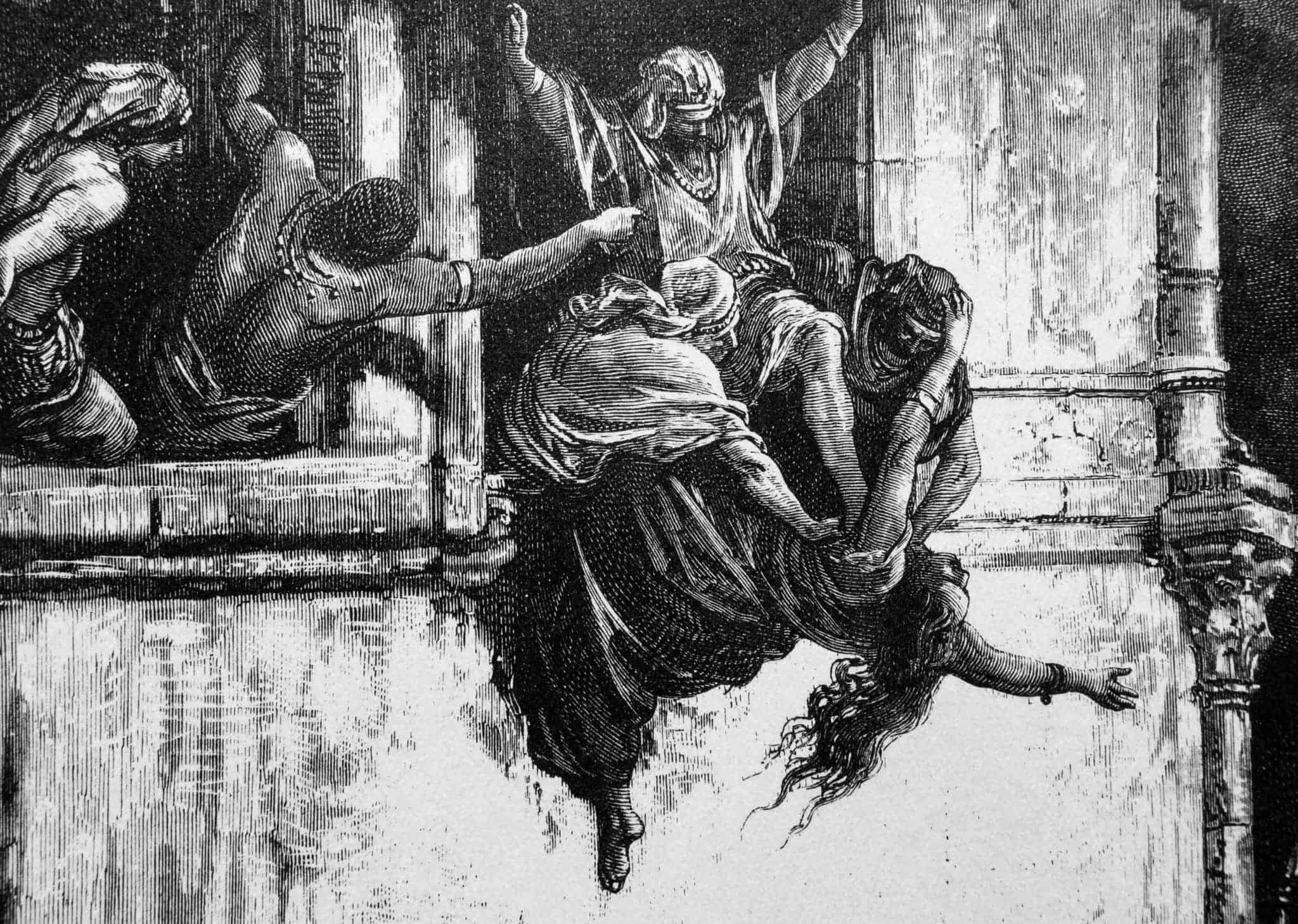 Nature of the BibleViolence of God

When the Bible Corrects Itself—More on Violence in the Bible

In his book Being Christian, Rowan Williams discusses what to do with problematic stories in the Bible—like those parts where people are dropping like flies (see here).

Williams raises the example of Jehu’s coup in 2 Kings 9, where Jehu slaughters, with great fanfare, the royal house of Ahab, who was a member of the “house of Omri,” a powerful dynasty of the northern kingdom of Israel that reigned for much of the 9th c. BCE. Here is what Williams has to say about that:

In the first and second books of Kings we read about the regular struggles that took place between the prophets and the kings of Israel. One of the most dramatic stories there is of the massacre by Jehu of the royal house of Ahab at Jezreel. This story is presented in the second book of Kings as a triumph of God’s righteousness. The appalling Jehu, who is a mass murder on a spectacular scale, obliterates not only the immediate and extended family of King Ahab and Queen Jezebel, but pretty well anyone who has ever exchanged a polite word with them. And he is anointed specifically to do this job by the prophet Elijah.

Now that, clearly, is a rather problematic story because of all the random bloodshed in it. But it did not take twenty Christian centuries for people to notice that. For in the book of the prophet Hosea (1.4) you will find, just a few generations later, a prophet of Israel looking back on that very story and saying that Jezreel is a name of shame in history, not of triumph, and that Jehu’s atrocities deserve to be punished.

[Hosea 1:4: And the Lord said to him, “Name him Jezreel; for in a little while I will punish the house of Jehu for the blood of Jezreel, and I will put an end to the kingdom of the house of Israel.”]

Somethings has happened to shift the perspective.

And I imagine that if asked what he meant, Hosea would have said, ‘I’m sure my prophetic forebears were absolutely certatin they were doing the will of God. And I’m sure the tyranny and idolatry of the royal house of Ahab was a scandal that needed to be ended. But, human beings being what they are, the clear word of God calling Israel to faithfulness and to resistence was so easily turned into an excuse for yet another turn of the screw in human atrocity and violence. And we’re right to shed tears for that memory.’

That to me is a very powerful moment in the Old Testament: a recognition that it is possible to grow in understanding and to think again about the past.

Something in the world of the prophet Hosea—who wrote so movingly about the helpless love of God for God’s people, the divine commitment to a love that cannot be given up even when it looks like the sort of love that humiliates the lover—had already opened up the heart to seeing something more of God.

And for the Christian, there is in this a sort of foretaste of the terrifying compassion of God that we see in Jesus Christ breaking through.

An inner-biblical critique of violence.

What was praised by one author is denounced and mourned by another.

And as we read this exchange between the “Deuteronomistic Historian” (as the author of the history of the kings is often called in modern scholarship) and Hosea, we see illustrated something very important for all Bible readers to come to terms with:

the Bible is not a book that in all its parts reveals what we must believe about God, the world, and our place in it. Rather, the Bible is itself a dynamic tradition that reflects different theological points of view.

To smooth over this debate between Hosea and our historian in the name of preserving a error-free Bible is to mishandle and therefore disrespect the sacred text. And, as Williams hints at the end, we miss something of the Gospel when we miss theological dynamics like the one we see here.

The text is a dialogue, a movement—something you’ve likely heard me say before many times here on this blog and elsewhere, and that dynamic has been far better understood in Judaism and in iterations of Christianity that are not rooted in biblicism.

At the end of the day, examples like this illustrate that collapsing into prooftexting is not an option. The Bible is not a field guide to the Christian life, complete with a handy index to turn to the right verse. We are never going to get a free pass to avoid the hard work of discerning what God is saying.

“The answer” is not always laid out before us in print. Rather, the process of theological engagement is modeled for us. And like the biblical writers, for that process we are dependent on the Spirit and discerning the Spirit’s movement.