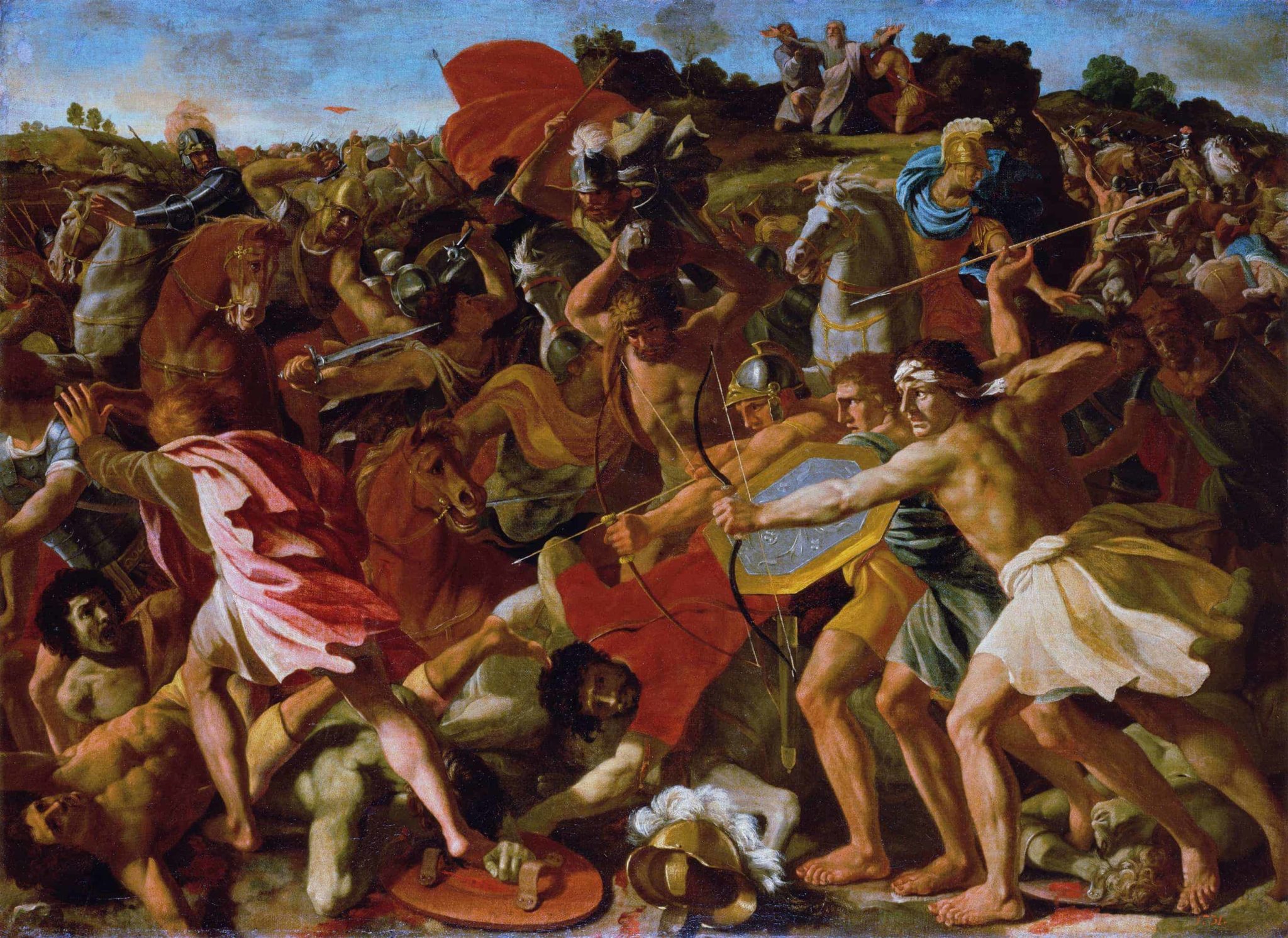 a brief word on how to handle shocking things we read in the Bible (or, “Go, Rowan”)

The Bible is, you might say, God telling us a parable or a whole sequence of parables.

God is saying, ‘This is how people heard me, saw me, responded to me; this is the gift I gave them; this is the response they made . . . Where are you in this?’

If in that story we find accounts of the responses of Israel to God that are shocking or hard to accept, we do not have to work on the assumption that God likes those responses.

For example: many of the early Israelites in the Old Testament clearly thought it was God’s will that they should engage in ‘ethnic cleansing’—that they should slaughter without mercy the inhabitants of the Promised Land into which they had been led. And for centuries, millennia even, people have asked, ‘Does that mean that God orders or approves of genocide?’ If he did, that would be so hideously at odds with what the biblical story as a whole seems to say about God.

But if we understand that response as simply part of the story, we see that this is how people thought they were carrying out God’s will at that time. The point is to look at God, look at yourself, and to ask where you are in the story. Are you capable in the light of the Bible as a whole—of responding more lovingly or faithfully than ancient Israel.*

Williams’s brief book Being Christian is, like anything he writes, theologically deep, pastorally engaged, and

commonsensical about a number of things, especially his chapter on the Bible.

For Williams, the Bible is not a book where all parts have equal validity for us today for what God is like and how we should live. Some portions, as we read in the quote above, tell us more about what the Israelites thought God was like, how they in their contextual moment responded to the voice of God as they understood it.

Concerning violence in the Old Testament, in The Bible Tells Me So I put it this way: “God never told the Israelites to kill Canaanites. The Israelites believed that God told them to kill the Canaanites” (p. 54) or “God Let’s His Children Tell the Story” (p. 61).

To approach matters the way Williams suggests here is not to pick and choose arbitrarily what parts of the Bible to keep or toss away based on our own preferences. I hear that rebuke a lot but it is shallow. By contrast, I find William’s approach to give careful and necessary attention to 3 related and unavoidable matters when we engage in biblical interpretation:

(1) all theology is contextual (including the theology we find in the Bible),
(2) the Bible is not a book of timeless propositions to accept at face-value but reflects an ongoing journey of spiritual discernment, and
(3) our own continued discernment of how the Bible informs our faith is the very stuff of careful, ongoing theological reflection.

*Williams is not antisemitic in contrasting the Gospel with the Old Testament. In a subsequent post I’ll get into that a bit more.

[Comments are moderated and I often need 6-24 hours to post them, so please be patient. Baiting and other comments intended simply to be belligerent are deleted. I love you, too.]