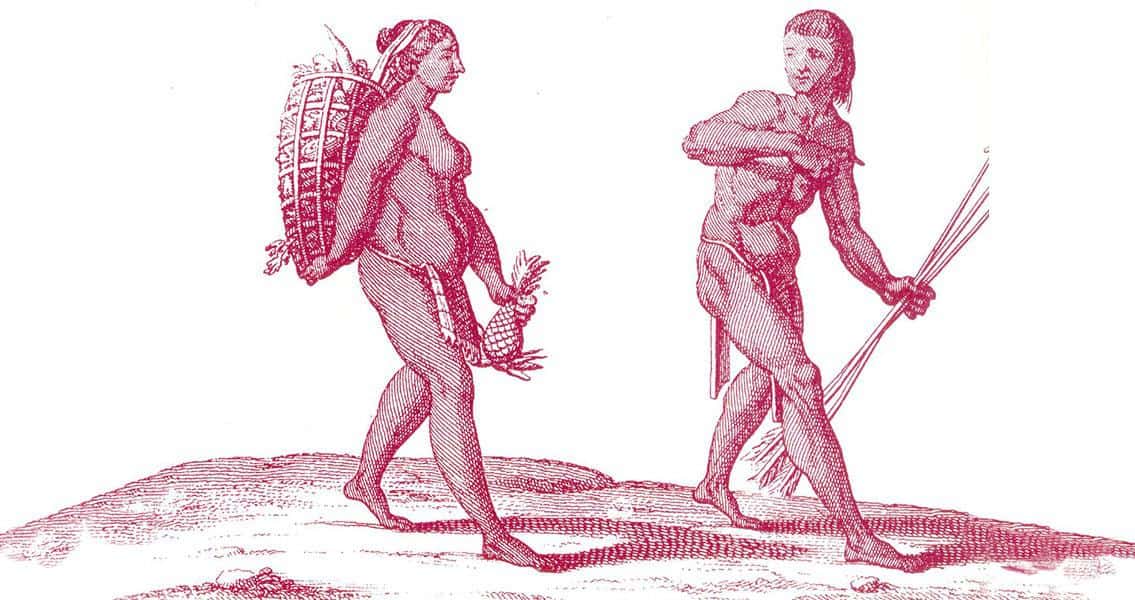 What a Woman on a Magazine Cover Teaches Us about Evolution Today’s post is by Matthew Nelson Hill (PhD Durham University) of Spring Arbor University (Michigan), where he is director of the E.P. Hart Honors Program and Associate Professor of Philosophy in the Department of Theology. Matthew’s first book, Evolution and Holiness: Sociobiology, Altruism and the Quest for Wesleyan Perfection

, recently came out with IVP-Academic.

I know. So far this guy sounds like an übergeek, but he’s just a regular guy, trust me. And you’ll see that in today’s and tomorrow’s posts that deal with the practical implications of understanding evolution for the Christian life.

You heard me. Practical implications of understanding evolution for the Christina life. I’ll be you didn’t see that coming.

These posts are based on Matthew’s follow-up book, also with IVP (in-progress and as yet untitled).

I was standing in the checkout line at the grocery story with one of my sons who was three at the time. As I was unloading the cart onto the belt I looked over at my son who was staring at a magazine cover. I certainly don’t expect much in the way of morality from tabloids, but the one that my son was looking at had a particularly revealing image of a woman on the front.

Trying to play it cool and not make the incident worse than it had to be, I patted him on the shoulder and said, “Look at this toy over here, pretty neat, huh?” My son didn’t move. In fact, like a deer glued to the headlights of a car, he was motionless in front of the magazine rack.

“Is she a mommy?” he asked, looking at the busty figure.

Oh boy… how do I respond to that?!

I patted him on the back again and said a bit more forcefully, “Come on bud, let’s not look at that.” But he didn’t budge—totally frozen to the floor. This time I grabbed his shoulder and started pulling him away and tried to explain how we shouldn’t look at that kind of thing.

And as I was dragging him from the tabloid he just stared at the magazine and said, not in a voice of defiance, but of pitiful sadness, “But I WANT to look!”

While I was struck with how honest and open my child was being, I couldn’t help but wonder what was going on under the surface. Where did that come from? Why was my three-year-old son—who normally couldn’t sit still if his life had depended on it—standing there in a catatonic state of visual consumption?

This surge of hormone—which men experience at a rate ten-fold that of women throughout their lives—pulled him toward the tabloid stand. And much like a game of tug of war at a family reunion, he was caught between a dad who wanted him to look away and a body that wanted to stay right where it was.

In recent years there has been an explosion in the understanding of evolutionary theory and its implications for human nature. The whole concept of what it means to be human is in a state of flux. Yet, in spite of all this new knowledge, most Christians either see evolution as irrelevant to their faith at best and threatening to their faith at worst. These contrary positions often sow discord among Christian communities, precluding any sort of healthy conversation we might have.

But the more one is aware of this complex milieu in which humans find themselves—being seriously influenced by human evolution—the more empowered they can be to overcome the tempting biological and environmental urges that influence our daily lives.

If we indeed come from a long history of ancestors—some of whom include animals that, right now, seem very distant to us—then just as a medical doctor might ask us if cancer runs in our family, we might ask questions about behavioral traits that run in our lineage. So one major step in developing a vibrant Christian life is recognizing that our biological and environmental proclivities that express themselves in negative and positive ways are steeped in our ancestral history.

Knowing where we’ve come from can help us fine-tune our behavior and make it easier to practice Christian virtues. And with this small, but significant step, we might be better able to articulate where dangerous instincts come from—and how to overcome such proclivities—as well as to encourage the drives that positively nurture holy living.

Women on magazine covers in the grocery store aren’t going away anytime soon. But if we can learn about our biological history we might be able to positively shape our Christian life.