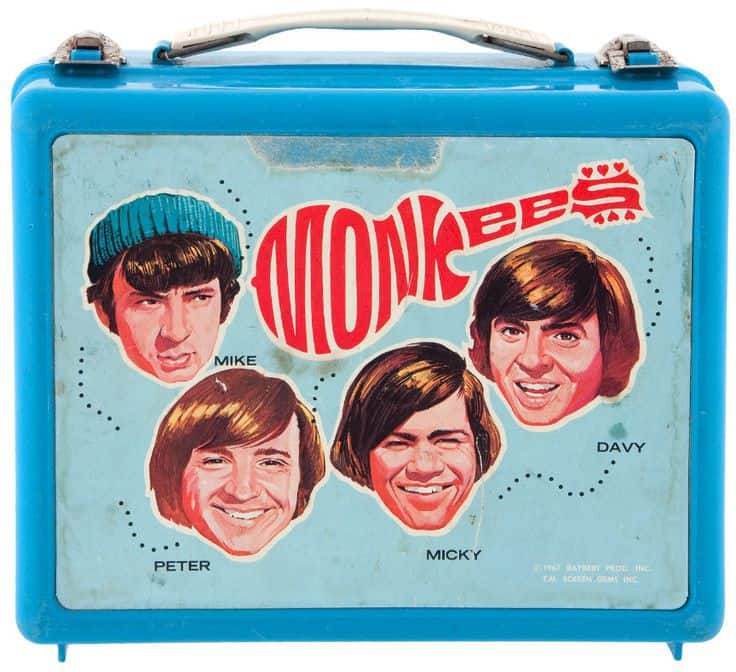 Why It’s Important that Jesus Didn’t Know Everything . It’s a short little book, 2 chapters in fact, each of which first appeared in journals in the mid-1960s, about the time I was going to first grade with my Monkees lunch box.

In the first chapter, Brown looks at whether the New Testament calls Jesus God, and what that even means. I’d like to to get back to that when things slow down a bit (aka, don’t hold your breath).

In the second chapter, Brown addresses the question, “How much did Jesus know?” I found what he had to say very clear and helpful—and a reminder that reading old books may not be a bad idea.

The issue lurking in the background for Brown is the common Christian assertion that Jesus, being divine, “knew everything”—at least everything of religious importance.

Brown goes through every relevant text in the Gospels and shows how the biblical evidence is a lot more—wait for it—diverse than can be captured in sweeping assertions.

Brown looks at Jesus’s knowledge with respect to several categories: about ordinary affairs of life, religious matters, the future, and his own self-knowledge and of his mission. In working through these categories, Brown shows where Jesus is at times ignorant and at times displays superhuman/extraordinary knowledge, at times clear and at times uncertain, and at times expressing himself in terms of common expectations of the day.

This may seem to support the “Jesus is God and therefore knows everything” idea, but even in these passages (and others Brown gives) we need to be careful, Brown writes, “about any theological assumption that would trace such knowledge to the hypostatic union…” (i.e., the Christian belief that the human Jesus was also fully divine, p. 49). The Old Testament attributes the same kind of knowledge to Old Testament prophets, like “Ezekiel living in Babylon [who] has visions of events occurring in Jerusalem” (p. 49).

In his conclusion, Brown reminds us that his evaluation of the Gospel evidence “does nothing to detract from the dignity of Jesus,” by which he means:

If in the Gospel reports his knowledge seems to have been limited, such limitation would simply show to what depths divine condescension went in the incarnation—it would show just how human was the humanity of Jesus (p. 100).

Here again we are reminded of the offense and humiliation, indeed the mystery, of the incarnation—perhaps even our discomfort, if we’re honest, with a Jesus who was fully human and therefore participated in the limitations of being human. Here is Brown’s conclusion to the book, where he addresses a reaction to all this that I’ve heard many times myself, that Jesus can’t be limited in his knowledge like other humans, because, despite that humanity, “Jesus is God”

But when all is said and done, the great objection that will be hurled again and again against any exegete (or theologian) who finds evidence that Jesus’ knowledge was limited is the objection that in Jesus Christ there is only one person, a divine person.

Perhaps the best answer to this objection is to call upon Cyril of Alexandria, that Doctor of the Church to whom, more than to any other, we are indebted for the great truth of the oneness of the person in Christ. It was that ultra-orthodox archfoe of Nestorianism (two persons or powers in Christ) who said of Christ,

“We have admired his goodness in that for love of us he has not refused to descend to such a low position as to bear all that belongs to our nature, INCLUDED IN WHICH IS IGNORANCE.” (my formatting; emphasis original; pp. 101-2).

And then in his epilogue, Brown writes:

A Jesus who walked through the world knowing exactly what the morrow would bring, knowing with certainty that three days after his death his Father would raise him up, is a Jesus who can arouse our admiration, but still a Jesus far from us.

He is a Jesus far from mankind that can only hope in the future and believe in God’s goodness, far from a mankind that must face the supreme uncertainty of death with faith but without knowledge of what is beyond.

We would know that for him the loss of life was, as it is for us, the loss of a great possession, a possession that is outranked only by love.” (my formatting; pp. 104-5).

For Brown, much is at stake theologically for Jesus not knowing everything. It means grappling with the implications of the incarnation, no matter how challenging those implications may be to our own theology. I’m with Brown on this.