What We’ve Got Here is a Math Problem: Paul, the Gospel, and those Galatians 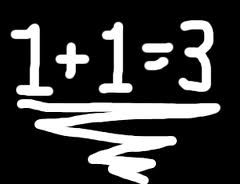 Recently David Williams posted an interesting piece on what Paul told the Galatians about the gospel.

As alert readers of the New Testament know, Paul was not happy with the Galatians, no not one bit. It seems that they forgot what the gospel was, and so Paul goes all ballistic on them, saying things like “if you disagree with me, you are under God’s curse” and “why don’t you just go castrate yourself.”

Anyway, Williams points out that when Paul reminds them of the gospel that they lost sight of, he doesn’t say,  “Ok, ok…let’s try this again: So the gospel is X.  Got that?  Ok, moving on….”

The problem with these people isn’t that they forgot what the gospel is. Their problem, according to Williams, is that the Galatians have forgotten what the implications of the gospel are.

Specifically, they have not connected two dots that desperately needed to be connected at that time: “gospel” implies that the Jewish followers of Jesus and the Gentile followers will be able to break new ground and actually get along with each other, to see themselves as one people united by Jesus, not divided by ethnicity. Instead, the Jewish Christians were telling the Gentiles that they had to become Jewish first by getting circumcised.

Paul said, “If you think that way, you’re not getting a seriously major implication of the gospel,” which led to the “go 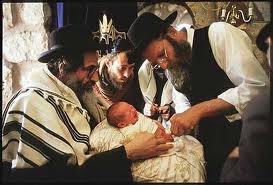 Another way of putting this is that the Galatians didn’t get that the gospel has a “logic”: the gospel presupposes things, entails things, and implies things.

Here’s the so what.

Williams says evangelicals also tend to forget this “gospel-logic” and focus on “gospel-math.” The common equation is: “gospel = the doctrine of justification.” Williams suggests that the gospel, the good news, is that the messiah has come (he’s blogged about this previously–you can get the links on his website). If there is a math equation, there it is: gospel = Jesus is here.

Everything else is an implication of the good news, including justification by faith.

Remembering this keeps us from doing yet even more math when we talk about the gospel, such as: gospel = doctrine of justification + the kingdom of God + social action + whatever.  Williams summarizes it this way:

I don’t think the gospel-math approach is serving us very well, both because it does not fit well with the thought of the New Testament writers and because it dulls our capacity for thinking Christianly.  The gospel-math approach does not really encourage a close reading of the arguments in Paul’s letters or anything else, and it allows us to just assume that our old “the gospel = justification” formula can by salvaged simply by tacking on a few more items.  Perhaps more problematic, however, is the fact that the gospel-math approach is a great way to turn the gospel into a grab-bag of our own pet-projects, and thus a great way of tailoring the gospel to suit our own personal and political preferences.  But it’s not a good or a biblical way of thinking about the difference Jesus makes for our lives and our world.

All of this is good, because I never liked math anyway. Especially in theology.