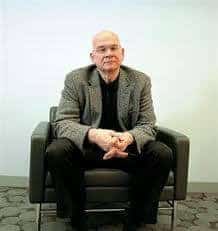 In a recent Ethics and Public Policy Center forum, Tim Keller spoke to a group of journalists and was asked about his views on gay marriage and homosexuality.

Keller’s response included the following prediction of how evangelicals will make peace with this issue:

“Large numbers of evangelical Christians, even younger ones…will continue to hold the view that same-sex marriage runs counter to their faith, even as they increasingly decide they either support or do not oppose making it the law of the land.”

As he often does, Keller has his finger on the pulse of  evangelical culture. My own experience is admittedly more limited than Keller’s, but my ear to the ground picks up the same sort of distant rumbling.

In the world of public prominent evangelicals voices, there aren’t many like Keller who seem genuinely interested in finding a third way between a polemical theological tradition and practical realties of contemporary life. Some, I know, call him a compromiser, but that is an unfair assessment. He is trying to work things out, and is often called to do so in public settings.

But what really caught my eye was Keller’s observation concerning evangelical biblicism, which has far wider implications than for homosexuality:

Here, too, Keller is right. To change their views on homosexuality will require evangelicals to “disassemble the way in which they read the Bible, completely disassemble their whole approach to authority.”

This raises two questions: “What’s wrong with some disassembling?” and “Why does disassembling  have to be tied to having or not having faith?”

Leaving aside the specific issue of homosexuality, Keller’s observation about evangelical notions of biblical authority is correct but also concerning. In my opinion, Keller has, perhaps unwittingly, put his finger on the entire problem evangelicals face when confronted with any issue that runs counter to evangelical theology: “You’re asking me to read my Bible differently than my tradition has prescribed, and so I can’t go there. If I do, my faith is kicked out the door.”

What drew my attention to this comment is the fact that I regularly hear the very same response with respect to many other issues–like evolution. The big impasse for evangelicals is that accepting evolution requires them to rethink how they read their Bible, specifically the story of Adam and Eve. Reading that story as fundamentally historical is “the way in which [evangelicals] read the Bible” and to ask them to do otherwise “complete dissemble[s] their whole approach to biblical authority.”

To me this raises an obvious question: Maybe the way in which evangelical read the Bible and conceive of its authority is the problem in the evangelical system that needs to be rethought, rather than being the non-negotiable hill to stand and die on for addressing every issue that comes down the road?

This isn’t about evangelicals accepting or rejecting the Bible. It’s about thinking self-critically about how they read it and their approach to biblical authority.

The problem, though, is that the evangelical view of the Bible as God’s inerrant authority for the church is its ground floor raison d’etre. Evangelicalism exists, at least intellectually, to defend and promote this view. To ask evangelicals to do a critical self-assessment of how they read the Bible is in effect to ask them to assess the entire system.

Here is where I feel Keller’s ear should be closer to the ground. I see this sort of re-assessment happening now all over the place–evangelicals looking for an alternate “explanatory paradigm,” other than an tradition that rests on an inerrant Bible, for how to live on this planet.

The only real question I see is whether this process will continue as part of the evangelical experiment or will have to move wholly outside of it.