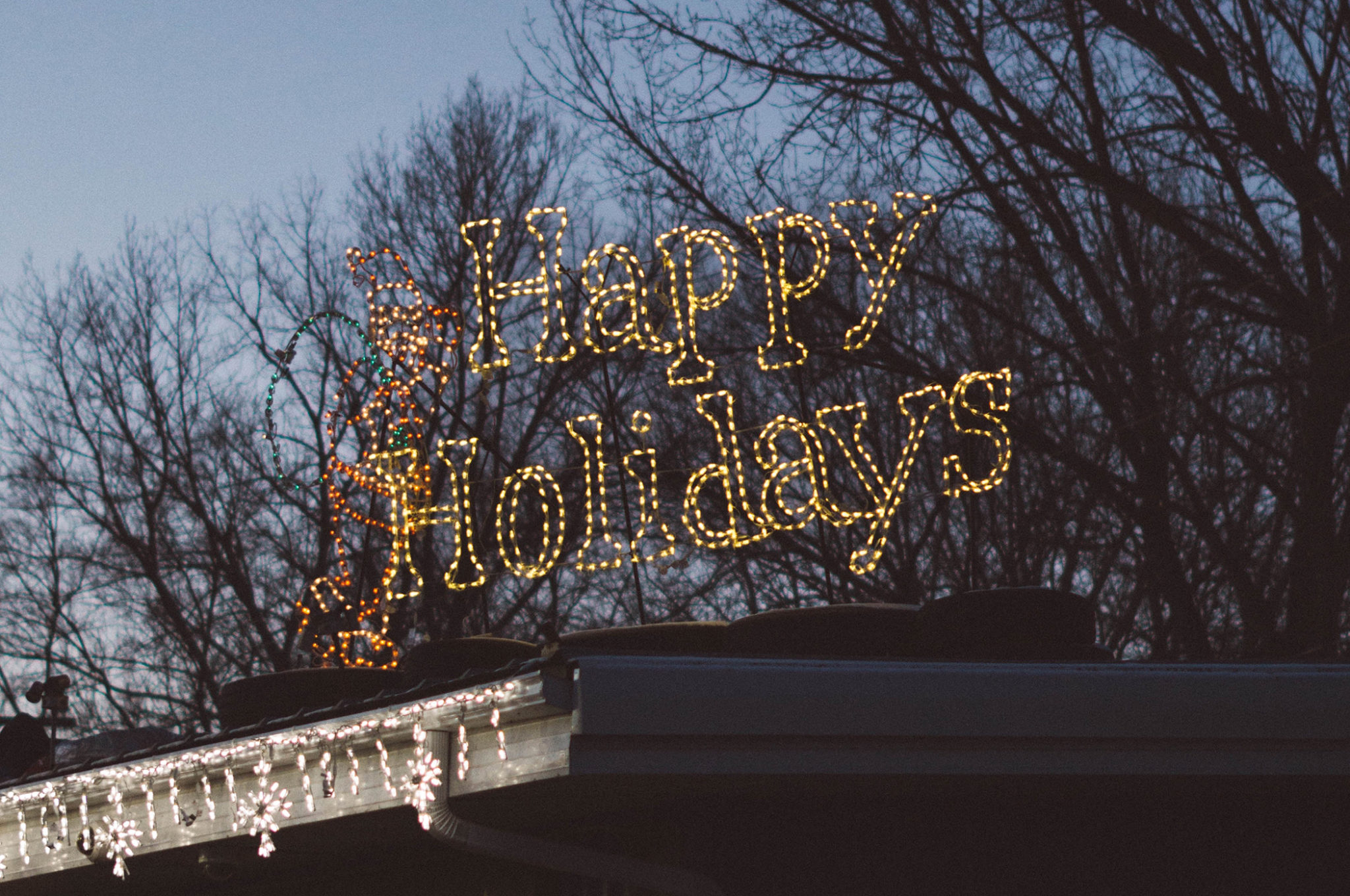 On Why I Say Happy Holidays

“You know me, I am no fan of the term X-mas or X anything.
I make my kids play Christ-box 360.
And if they break a bone they get Christ-rays.”
-Stephen Colbert

Technically this could be a very short post because I say Happy Holidays instead of Merry Christmas because I couldn’t care less what people celebrate or don’t celebrate. Also, I like to remain holiday-agnostic so I can get invited to ALL the holiday parties and not just some of them. I like parties, what can I say.

But to make this post longer let me make a bigger point: insisting that people say “Merry Christmas” seems counterproductive to the whole Evangelical goal.

On the other hand, some Christians emphasize trying to “keep America a Christian nation” by protesting things like people saying “Xmas” or “Happy Holidays” instead of “Merry Christmas” or by wanting to keep “In God we Trust” on our money.

First of all, if you don’t like “Xmas,” you’ve learned with the advent (pun intended) of the internet that “Xmas” isn’t “crossing out” Christ but “X” is what “Christ” starts with in Greek: Χριστός.

Note to angry atheists: given this knowledge, if you did intend on kicking Christ out of Christmas “Xmas” is probably not your best attempt. Might I suggest “-Mas” or “Atheistmas” or maybe just celebrate Festivus?

But secondly, I am no psychologist but it seems unproductive to try to win someone over to your side by telling them you’re an enemy of your faith. If my goal is to make my country a place where everyone says “Merry Christmas” instead of “Happy Holidays” I, either on purpose or implicitly, make everyone who says “Happy Holidays” an enemy.

After all, when people say “THEY” are taking Christ out of Christmas, who are people talking about? Probably just other people. There is a group of people who say “Happy Holidays” instead of “Merry Christmas.” And they are the enemy. They are “in the way” of accomplishing my mission of “Keeping Christ in Christmas.”

Once someone thinks you have made them an enemy, the defenses go up. It becomes extremely hard for them to hear anything you have to say as a positive step in the relationship, no matter how well-intentioned it is. And so, Christians are increasingly perceived to be judgmental and intolerant, which is not a helpful moniker when you are trying to convert others to your position.

To deal with these succinctly:

In fact, this is part of my life mission, to “concede” people into the Kingdom of God. This seems to be how Jesus reacted much of the time (see point #2).

It was his unwillingness to fight that was often the most powerful weapon in his arsenal (except for the religious leaders of course. He had no problem standing up to them).

When Peter declared that it was finally time to “stand up for what we believe,” Jesus rebuked him and healed the person Peter lashed out against.

The point of Jesus’ mission in the world was to lose, not to win. It was in losing the argument about who he was that won people to follow him. But that is often difficult for us to swallow.

There are so many check-points, no wonder so many people give up before they ever get to Jesus.

In a world where Christians are labeled as being against everything in our culture, what a powerful argument for God when we confound their expectations, when we come to battle with a towel and basin full of water instead of a sword.