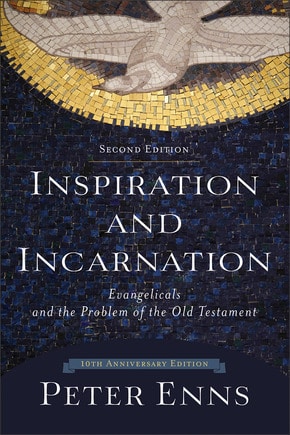 No, thank you very much, I am not “undermining the gospel” 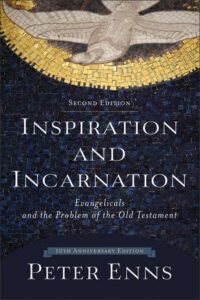 I had two groups of readers in mind for Inspiration and Incarnation.

First, I wanted to encourage faith for everyday Christians who were troubled by some of the same things I was, perhaps through exposure in college courses or from watching the History Channel, but were not in a position to articulate why or to find alternate paths.

In a manner of speaking—and some might find this absurd—Inspiration and Incarnation is an apologetics book, though not one that supports the status quo.

Second, as a seminary professor, I felt it was my obligation and holy privilege to prepare pastors to engage constructively (not defensively) the kinds of questions that arise among the everyday, alert readers of Scripture to whom they will be ministering (as opposed to standing as the guardians of orthodoxy to keep those questions perpetually at bay).

In fact, the three main issues around which I structured Inspiration and Incarnation represent the most common questions I had been fielding in ecclesiastical rather than academic contexts. Familiar answers apparently weren’t satisfying to these people (nor to me), and I wanted to help encourage fresh intellectual conversations for spiritual benefit.

This is why I have never taken to heart the criticism that Inspiration and Incarnation “undermines” the gospel or the faith of people “in the pew.”

Inspiration and Incarnation has helped those very pew-sitters whose faith was being undermined by spiritually insensitive thought leaders imposing conventional but unconvincing—even idiosyncratic—answers on difficult problems.

What Inspiration and Incarnation undermines isn’t “the gospel” but ineffective stock or ad hoc answers that are equated with “the gospel” and thus vigorously defended as “truth.”

The implicit equation of these stock and ad hoc answers with the gospel is precisely the problem that needs to be exposed and corrected.

[Adapted from the Postscript to Inspiration and Incarnation: Evangelicals and the Problem of the Old Testament

[Please be patient as your comment is in moderation. Comments are normally posted within 6 hours but may take as long as 24.]