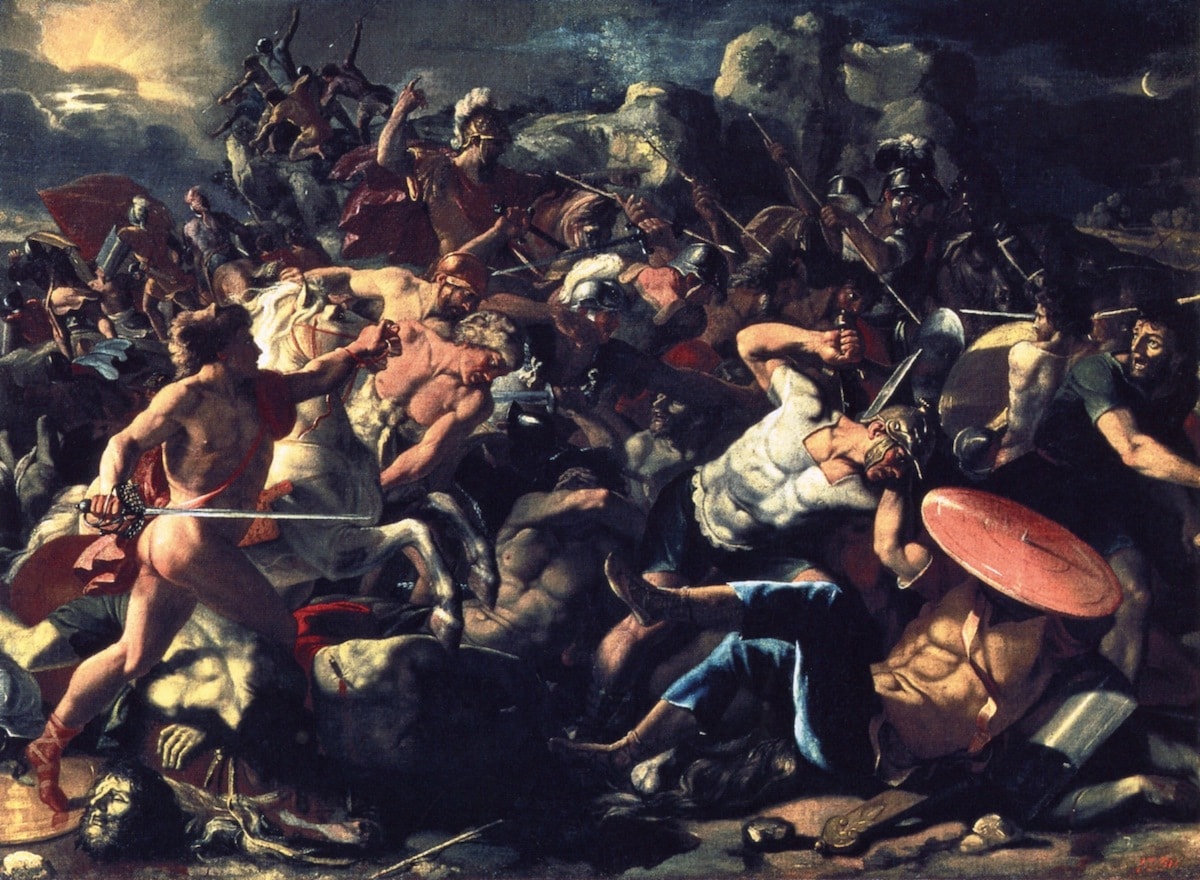 The Bible Tells Me SoViolence of God

God’s command to exterminate the Canaanites (along with everything else that breathes) remains one of the more gruesome stories in the Bible (see Deuteronomy 20:16-20).

This story presents readers with a real—not imagined—moral and theological dilemma, but my point isn’t to get into all that here. [You can read more here and also in The Bible Tells Me So, where I take a whole chapter laying out the issues.]

Here I just want to say that this command wasn’t an afterthought. As the Israelites tell the story, the Canaanites were doomed from the start for something that happened nearly at the beginning of human history—Noah and the great Flood.

This flood killed every living creature; only Noah and his family were saved in a big boat, along with enough animals (1) to repopulate the earth later and (2) to sacrifice to appease God.

After the waters subsided and everyone de-arked, Noah planted the first vineyard, made wine, and got drunk. Like a state college freshman, he collapsed naked inside his tent in a drunken coma.

His youngest son, Ham, went into the tent, saw him his father lying there naked, and went out to tell his brothers, Shem and Japheth. Rather than gawking, the two brothers walked backwards into the tent and covered their father with a garment.

It’s hard to know exactly what’s going on here, but, apparently, the two brothers handled the situation correctly whereas Ham didn’t. So, when Noah woke up, he did what any normal father would do with when faced with the same dilemma—he cursed Ham’s descendants forever.

Three guesses who Ham’s descendants are (and the first two don’t count): the Canaanites.

It strikes me that the very first words out of Noah’s mouth after he woke up weren’t, “What a night! What was I thinking!? I’ll never do that again!”

Not even, “Ham! Get in here! How dare you look upon my nakedness?!”

“Cursed be Canaan; lowest of slaves shall he be to his brothers.”

Ham has four sons, yet only Canaan and his entire bloodline are doomed—which seems a bit extreme, given the fact that he himself hadn’t done anything.

Plus, two of Noah’s other sons are Cush and Mizraim, the ancestors of the Egyptians who held the Israelites in slavery. So how about cursing their bloodlines?

It looks like whoever wrote this story has a bone to pick with the Canaanites.

If we read this in another ancient book, we’d call it propaganda—a story to justify, not explain, hatred of the Canaanites. At least that’s what it looks like.

Israel’s later sworn enemies, the Canaanites, are set up as failures from the beginning, and no treatment—not even extermination—is too harsh for these people whose ancestor’s father saw his father drunk and naked.

This isn’t going to end well for the Canaanites.