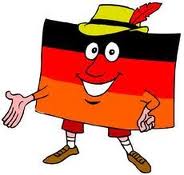 Sorry folks, I can’t resist this.

Apparently my years-long letter writing campaign has born fruit: Germany is officially dropping its longest word, 63 letters, the title of  a law regulating the testing of beef:

The article will even show you how to pronounce it, though you might want to be sitting down and wearing a seatbelt.

My parents were German immigrants and they always lamented how German was becoming more and more Americanized by taking American words and just lazily adding “-ieren”  or “-ierung” to the end to make them German (though look for -ierung in the word above. “Etikettierung” means “labeling.” Figure it out.) Still, I can’t imagine they would have a problem with this.

The linked article is great fun to read, and also includes the longest German word ever composed (though not in dictionaries):

I’m not sure what to say to that other than Gesundheit.