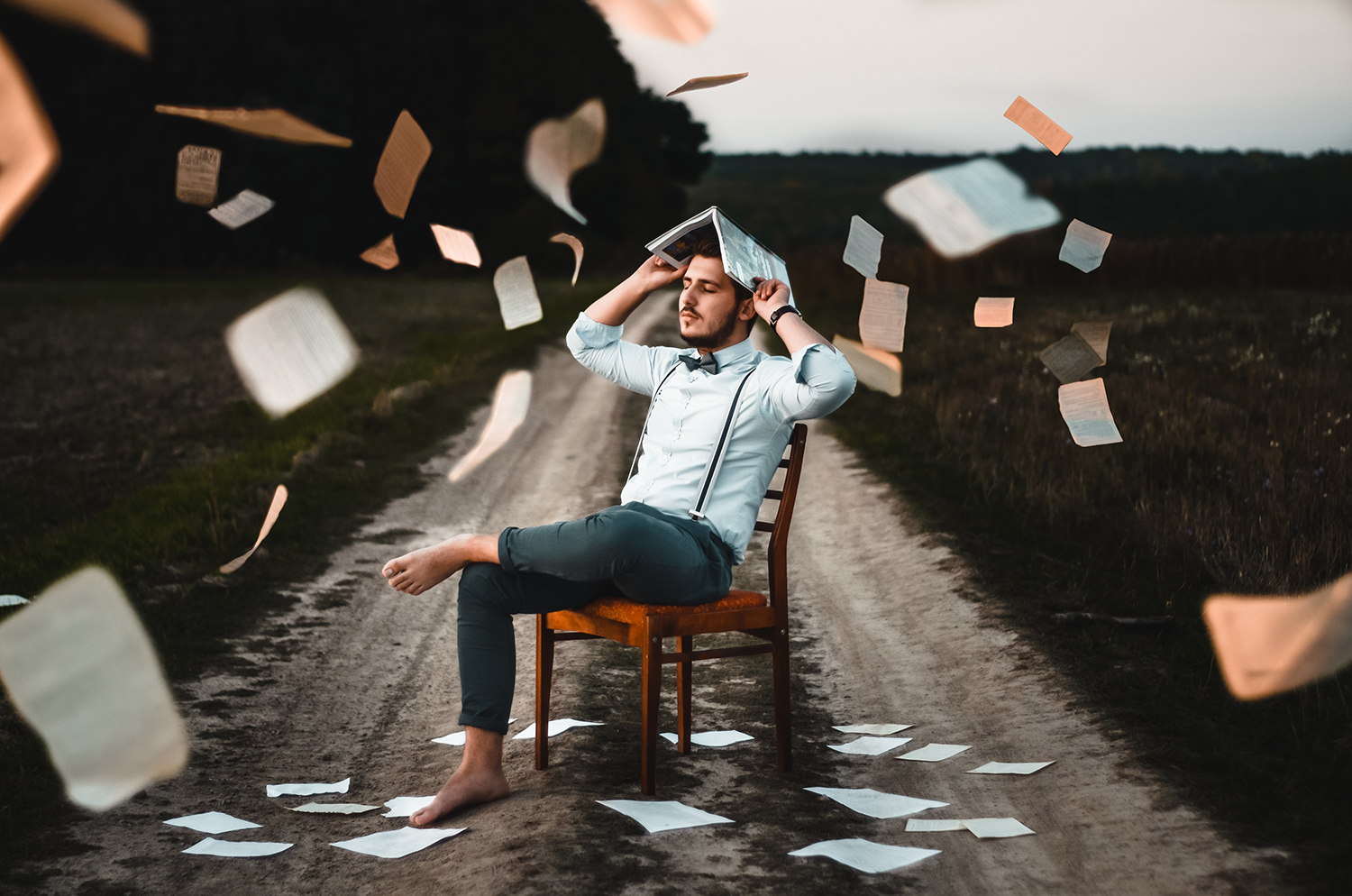 How Not to Review a Book (or, Here We Go Again)

I don’t normally respond to critical reviews of my books. I don’t really see the point. Not everyone likes every book, and that is just peachy as far as I’m concerned. There’s no need to be defensive, and I don’t feel that readers need my help in deciding whether a review is helpful or not.

Over the last few years, though, I can only remember responding to two reviews. One was of The Bible Tells Me So from 2014 (here), and the other of The Evolution of Adam from 2012 (here).

I felt these reviews needed to be called out, not only because of the views expressed, but more so because of the rhetorical strategies these reviewers employed, strategies that are largely defensive and that I have found to be virtually stock Evangelical and Fundamentalist methods of attempting to neutralize points of view they find threatening.

I was—perhaps naively—expecting every human on the planet to have read my responses, repented of their sins, softened their hardened hearts, and—like Jill and Eustace in The Silver Chair—at least tried to internalize their lessons. But, alas, no such luck; since the publication of my most recent book, How the Bible Actually Works, I’ve been seeing the same sorts of strategies employed in reviews and social media.

Perhaps the third time’s a charm. Below is another version of the list of the 12 rhetorical strategies that appeared in the 2014 response, and that I would love to see my more conservative brothers and sisters do their best at avoiding.

To be clear, these strategies are not the invention or sole property of conservative Christians. The hard left can be as unreasonable as the hard right, but that doesn’t excuse their use.

Furthermore, simply calling out these strategies does not relieve me or any writer of engaging publicly and/or pondering privately any substantive points of criticism.

In fact, we could get to the substantive points more quickly if they weren’t obscured by distracting rhetoric.

And those substantive points would, I am confident, reveal rather important differences in our understanding, not of “exegetical method” or some such thing, but of fundamental questions of existence:

Distracting rhetoric is about scoring points and protecting turf. That will always keep us from getting at the real questions—the questions beneath the questions.

So here are the 12 rhetorical strategies followed by some comments.

1. This book is interesting, and I even agree with the author now and then. Unfortunately, he’s completely wrong in anything that actually matters.

Complimenting the author early on, though potentially genuine, can also be a set-up: by giving the appearance of seeking to be even-handed, it lends greater credibility to damning criticism the reviewer wishes to raise later. “The reviewer was so fair and sympathetic earlier, so I’m sure these criticisms are just as fair.”

2. The author is one-sided and biased, and I am here to provide the balanced center.

“Balance” is a code word to claim the intellectual higher ground. Painting one’s own views as representing the balanced, rational, and truly scholarly middle functions to present the author as extremist or even incompetent. In my experience, claiming to offer “balance” is not a middle ground as much as it is a wholly different—shall I say “extreme”— paradigm founded on diametrically opposite starting points. Claiming to be the voice of calm reason clouds the deeper issues.

3. Back to your homes, folks. Nothing new to see here.

Any perceived doctrinal challenge on the part of the author is neutralized by being called old hat— nothing more than another “standard” attack on the Christian faith that has been successfully thwarted by some luminous figure of the past, and therefore can and should be immediately and safely ignored by the masses. The implication is that the author lacks or ignores this knowledge.

The assumption here is that an argument from the past is set in stone and not up for negotiation. Ironically, that is the very posture conservatives take issue with when used by mainstream scholars that appeal to the “assured results of biblical scholarship.” If all we are doing is appealing to our heroes of the past to settle present arguments, we are no longer engaged in scholarship but reinvigorating tribal boundaries in the face of a threat.

4. Not only is the author wrong, but he is obviously wrong.

Related to #3, a passing recognition is given that there is some superficial truth to the author’s deeply troubling observations, but, thankfully, they can easily be addressed after a moment’s sober reflection—something the author apparently either does not have the time or inclination for. The author is, in other words, something of a moron.

The reviewer’s theological views, rather than offered as a perspective from which to engage a book, are asserted to be the non-negotiable and self-evident standard for judging the book.

Rarely is the matter put this bluntly (though see the review from 2012 mentioned above), but the sentiment is lurking not too far beneath the surface and easy to spot if you’re looking for it.

If being challenged theologically is enough for reviewers to reject an argument, I won’t lose a minute’s sleep. Those reviewers have simply chosen to leave the scholarly playing field and throw stones behind protective walls. But they need to say so, perhaps at the outset of their review, that protection rather than engagement is their driving motive.

6. Any book on Scripture needs to address issues my community and I think are of central importance concerning Scripture.

This is one of the more common rhetorical tactics and follows on #5, for example, “How can a book that talks about the Bible not give a full account of how exactly revelation and biblical authority work?” or “How can an author who wrote a book about the Bible not lay out for us clearly and fully his/her doctrine of inspiration, especially dealing with our favorite proof text, 2 Tim 3:16?” or “Why are the unassailable views of my tradition not front and center here?”

Of course, it should go without saying that it is absolutely fine to point out what you might like to have seen covered. The problem is when a book is judged by not having done that. “You needed to have written a different book” is not a criticism.

7. I’m just shocked…shocked, I tell you.

Registering bafflement and stunned incredulity creates a sense of outrage and portrays the author’s views as bizarre and therefore–here’s the important part–easily dismissed. This tactic is in league with the previous two, and as such may tell us more about the reviewer’s limitations than the author’s incompetence.

Good reviews should quote the book, but their use does not automatically mean the book has been read fairly or understood, particularly if any of the above points are being employed.

9. A famous scholar with great social capital for our side is against you.

Of course, appealing to the work of others is to be expected; it’s part of scholarly discourse. But a simple argument from authority (e.g., “Calvin would role over in his grave,” “C.S. Lewis would laugh at this.”) is designed to squelch an argument in the minds of the readers. It may be that Calvin or Lewis were wrong.

10. The Bible is clearly against you.

Even one biblical citation—whether relevant or not—can create the impression that a view has been sufficiently critiqued. “Warning passages” (Acts 7:51-53, for example) that invoke judgment are particularly effective in deflecting from the issue.

More to the point, citing what the Bible “clearly says” often obscures interesting hermeneutical, theological, and historical factors that would legitimately complicate such simplistic appeals.

11. In fact, Jesus himself is against you.

Claiming that Jesus’s words counter the author’s is a powerful tool, as it raises not simply the possibility of the author’s biblical illiteracy (#10) but the specter of spiritual rebellion.

I’m not suggesting, of course, that we not appeal to Jesus (!) but, as in #10, few issues under discussion are actually solved this way once you begin digging—which is what scholars are supposed to do.

12. This sure sounds like Rob Bell (or a 19th-century liberal, or Hitler, or Marcion, or Satan).

Appealing to a figure whose mere mention fully marginalizes and delegitimizes the author beyond repair in the eyes of the readers is a powerful rhetorical tool but really amounts to mudslinging. That is not to say that a position can’t be compared to someone else’s, of course, but rarely have I found this bit of rhetoric to arise from a place of honest comparison. This is an alarmist, tribalistic tactic, pure and simple.

Employing these tactics is not necessarily evidence of a corrupt or sinister mind. In fact, they are something of a reflex for us when challenged, and I try very hard to be aware of that reflex myself. I also think these rhetorical tactics can be very effective in certain instances, like satire (think Jonathan Swift’s A Modest Proposal).

But we are dealing here with the mystery of God. Our goal is not to win but to understand.

Clearing the deck of these rhetorical strategies is important, though difficult. They have such staying power because they arise from our deep emotional commitments to ways of thinking about ultimate reality.

But holding tight to our own versions of the mystery of God is precisely what needs to be called out. That is the truly substantive issue behind the rhetorical tactics.