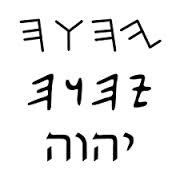 Today’s guest blogger is Carlos Bovell, whom many of you know from some previous posts here. Carlos is a graduate of Westminster Theological Seminary and The Institute for Christian Studies, Toronto. He is also the author of Inerrancy and the Spiritual Formation of Younger Evangelicals (2007), By Good and Necessary Consequence: A Preliminary Genealogy of Biblical Foundationalism (2009), an edited volume, Interdisciplinary Perspectives on the Authority of Scripture (2011), and Rehabilitating Inerrancy in a Culture of Fear

In a recent post reflecting on Mark Smith’s book, The Early History of God: Yahweh and the Other Deities in Ancient Israel, Pete shared with readers how the “mainstream view” holds that “the Hebrew scriptures reflect Israel’s later beliefs (i.e., after the return from Babylonian exile), further along on their spiritual journey, though their writings also preserve earlier, more diverse religious stages, where exclusive worship of Yahweh was not a given.”

In the next two posts, I would like to reflect on how this mainstream view might be incorporated into an evangelical view of scripture.

In another of his books, God in Translation: Deities in Cross-Cultural Discourse in the Biblical World

(1) In keeping with its scale and relatively local relations with other polities, Israel deployed a form of local 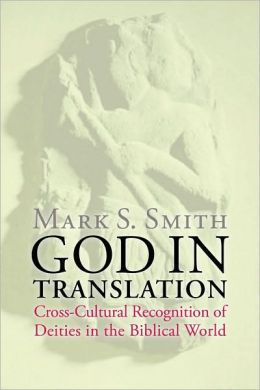 translatability during the period of the monarchies, if not earlier [“translatability,” Smith explains, refers to the cross-cultural identification, equation, and recognition of other people’s deities (6)];

(2) This translatability took the form of a worldview that could recognize other national gods as valid for Israel’s neighbors just as Yahweh was for Israel;

(3) Israel’s loss of translatability represented an internal development that corresponds with its experience of the initial stage of the international age emerging under the Assyrians and the Babylonians;

(4) The conceptual shift in this period involved a sophisticated hermeneutic that retained older formulations of translatability within expressions of non-translatability and monotheism;

(5) The hermeneutic of theism within ancient Israel and Yehud [i.e., the land of Judah as it was called after the return from exile] was an ongoing intellectual project involving various forms of textual harmonization;

(6) If [the Hebrew Bible’s “Mosaic distinction” between the one true God and all other false deities] is to be maintained, it would be during the late biblical and post-biblical reception of the Bible than generally the Bible itself (much less ancient Israel) when it comes into focus.

To take just one illustration of what effect Smith’s research might have on one’s view of scripture, let us consider Deut 6:4, known as the Shema, which Smith translates: “Hear, O Israel! Yahweh our god, Yahweh is one” (143). He explains that although modern translations opt for “Yahweh alone” at the end of the verse, Deut 6:4 arguably meant that Yahweh was “the one main God for Israel,” i.e., among the pantheon.

In other words, the monotheistic reading of the verse that we apply to the verse today reflects cultural and political developments in postexilic Israel. A later, secondary, interpretation began to attach itself to the verse, deliberately promulgating Yahweh in a monotheistic fashion, i.e., to the effect that Yahweh is the true god and all others are false.

A common evangelical response that I find inadequate is to downplay the need to fit scripture into its ancient Near Eastern contexts. This reaction is exemplified, for example, by John Oswalt in The Bible among the Myths: Unique Revelation or Just Ancient Literature?

The fact that the entire Bible as it now stands is written from the perspective of the transcendent God breaking into human history and revealing himself through unique events and persons cannot be gainsaid. Either this was the perspective from the beginning of the nation or there must have been some cataclysmic experience that would have caused the systematic rewriting of all previous traditions. Outside the exodus, I see no such events (97-98).

A better way, I propose, is to think again about whether “the entire Bible as it now stands” is chiefly interested in reporting a redemptive history that involves a unique series of events where God intervenes in history. Given developments in critical scholarship, it might prove fruitful to disagree with Oswalt and begin wondering whether there are other ways to construe the Hebrew Bible (as it now stands). 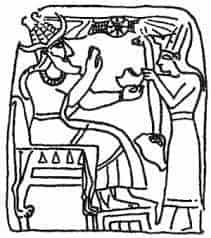 Smith, for example, analyzes cases of biblical censorship where the biblical writers, over time, had become more and more concerned about “protecting God” from longstanding, polytheistic conceptions of Yahweh. According to Smith, many post-exilic priests were also scribes who composed, harmonized, edited, and revised scriptural texts in an effort to promulgate their understanding of monotheism and particularly the special relationship that the single deity had with the Israelites.

These priest-scribes cloaked their scribal activity “in the august robes of hoary antiquity, precisely the hallmark of the religious traditioning process” (224). By deliberately weaving into scripture an overarching, monotheistic description of the past as if it were the divine perspective they successfully politically sanctioned a monotheistic prescription for both Israel’s present and future (215).

In my book, Rehabilitating Inerrancy in a Culture of Fear

, I tried to help students work through some of the difficulties evangelicals have with the Bible’s compositional history. In my follow-up post, I will suggest a way to accept the mainstream view and integrate it with the belief that the Bible is God’s Word.