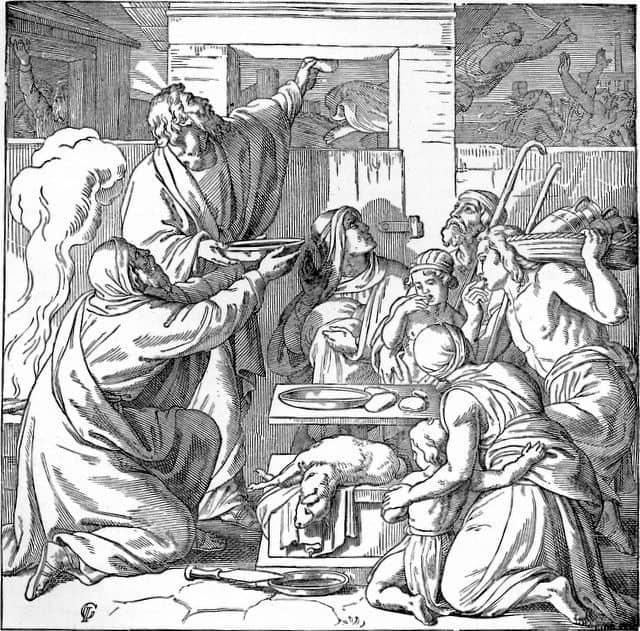 Another Thought on Contradictions: The Biblical Writers Didn’t Record God’s Revelation—They Interpreted It

Those interpretations eventually become the Bible.

The fact that different writers are interpreting God’s revelation at different times, for different reasons, and for different circumstances accounts for why the Bible contains diverse and contradictory points of view.

In a nutshell, that is one of the core points Benjamin D. Sommer makes in his recent book Revelation and Authority: Sinai in Jewish Scripture and Tradition (see also here and here).

I’m on spring break this week and trying to do fun things. But I keep coming back to this book. I’m having trouble putting it down.

The book is scholarly but quite readable, and, of course, it is loaded with long, learned citations of the Bible, the history of interpretation, and contemporary scholarship (so please, no simple refutations on the comments section). But one example he turns to, and somewhat briefly because it speaks for itself, is how the Bible handles the Passover meal.

I first came across this issue in graduate school and in reading another important book, Michael Fishbane’s Biblical Interpretation in Ancient Israel. This issue is one of several that made me realize I had some thinking to do about “What the Bible Is” that would take me well beyond my evangelical/Calvinist training up to that point. (I talk about this for a few pages, too, in The Bible Tells Me So.)

The issue is that the Passover law is given twice: in Exodus 12 and then in Deuteronomy 16. But they do not agree in details—in fact they contradict each other, and that contradiction is “resolved” in a third passage, 2 Chronicles 35:13.

As Sommer explains it,

I would add that Exodus presents the Passover as a family meal whereas Deuteronomy presents it as a pilgrimage meal held in only one place, namely the Temple in Jerusalem.

Exodus 12: roast the lamb or kid (do not boil it) and eat it at home.
Deuteronomy 16: boil an animal from the herd and eat it in Jerusalem.

No matter what you do, you’re going to disobey one of these laws.

And then along comes the book of Chronicles, which attempts (somewhat awkwardly but still ingeniously) to harmonize at least one aspect of the two laws: “They boiled the Passover offering in fire, in accordance with the law,” the underlined phrase alerting us to the fact that this author feels some obligation to account for both laws in order to be “in accordance with the law.”

Sommer’s point is that biblical authors, though they believed that legal obligations were central, nevertheless adapted—interpreted—God’s revelation as they saw fit. But—and this is Sommer’s point—we should not think of the later text of Deuteronomy messing with the original, authoritative Passover law in Exodus.

Rather, both Exodus and Deuteronomy—and then 2 Chronicles to follow—are interpreting an original revelation by God uttered on Mt. Sinai that needed to be interpreted because it was flexible and even ambiguous, not a final draft of a constitution, so to speak, as many Christians think of it, but an “utterance” of God that required human engagement to flesh out.

This need to interpret revelation (see the other blog posts linked above) Sommer calls a “participatory” model of revelation. The biblical writers, to put it another way, contribute to the content of revelation by faithfully trying to articulate God’s revelation.

I know this concept can sound a bit abstract (although, we ARE dealing with God, after all). But for my tastes, a “participatory” model of the Bible beats inerrantist models hands down because it does what inerrantist models routinely do not and cannot do: account for how the Bible behaves rather than wishing it were behaving some other way or relying on a few prooftexts to maintain an inerrantist model.

And what is extra-fascinating here is that our biblical authors—while knowing full well these laws cannot be simultaneously obeyed—nevertheless place them all squarely as commands of God given to Moses on Mt. Sinai: all 3 are extensions of the original utterance of God and therefore all three are the “Law of Moses.”

If revelation is understood as “participatory,” then accounting for this diversity is not a problem but an invitation.

It is not God speaking in diverse voices, but humans hearing God’s voice differently. And it’s all good.

Make what you will of the Passover laws and the many other similar issues, but how we view the Bible as God’s word, revelatory, authoritative, etc., cannot be ignorant or dismissive of how this Bible actually behaves.

This blog was first posted in February 2017.

Did you enjoy this blog? Curious about the book of Exodus?