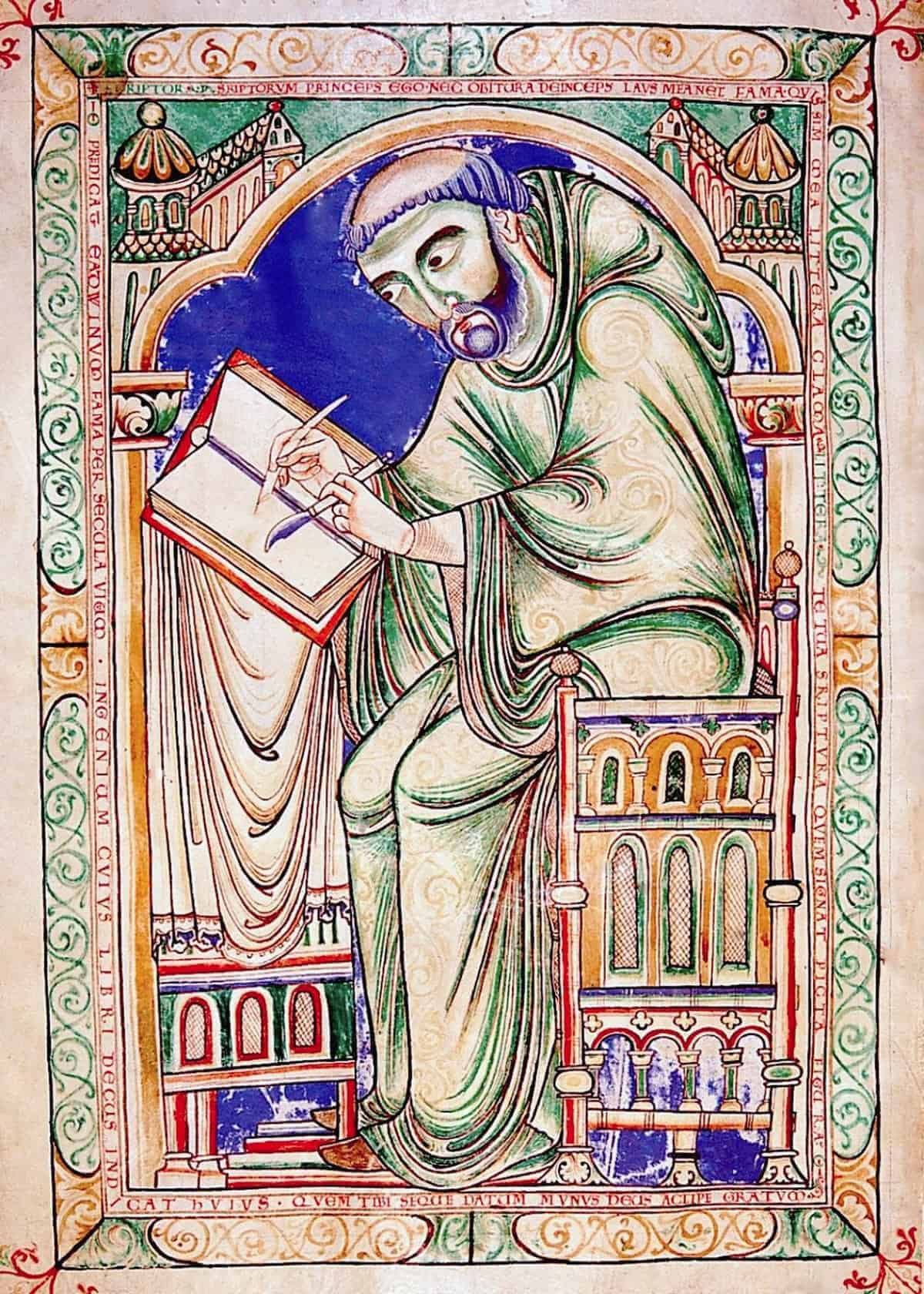 The Bible: It’s Sort of Like A Viral Internet Joke (Or, Why “Original Author” is Overrated)

If you know how Wikipedia works, you have a good idea of how the authorship of biblical books went down: an anonymous text is added to over time, but none of the additions are screaming for individual recognition.

As Walter Jackson Bate and Harold Bloom have shown, poets since the romantic era [sic] have attempted to cover up the extent to which they are indebted to their predecessors. Ancient and medieval authors, however, saw their writings as valuable only if they contribubted to a mighty stream that predated and transcended them. Where a modern author (to borrow language from T. S. Eliot) emphasizes individual talent, the ancients found meaning in tradition. They believed in all sincerity that anything of merit in their writing was the product of insight they culled from earlier authorities and of skills they learned from their masters. (Revelation and Authority

Modern notions of  “authorship” value individual talent and creativity. In antiquity, “authors” were valued by being seen as part of a greater whole, as standing in a tradition.

The modern obsession with individual authorship of biblical texts is the very thing that the Old Testament “authors” seem determined to obscure.

Consider the book of Psalms. Over time, David came to be associated with the book as a whole, which included  “authoring” psalms that stem from a much later time. Why? Because these later authors and compilers saw themselves not as individual authors, but as purveyors of a tradition.

Likewise, the book of Proverbs is associated with Solomon, but the book as a whole is a compilation of proverbial sayings that span a great length of time.

This same notion can be applied to Isaiah. All but a very few scholars agree that the book of Isaiah, though rooted in the 8th c. BCE, is added to until the postexilic period (late 6th and into the 5th centuries BCE) where it reached the form as we know it. These later authors, however, continue to attribute the book as a whole the 8th century prophet Isaiah—not in an attempt to fool anyone, but because their notion of “authorship” demanded it.

And of course, we have the Pentateuch—that diverse collection of laws and narratives that did not reach it’s final form until well after the return from Babylonian exile (539 BCE), though all of it claims to be rooted in the time of Moses. The “late” authorship of biblical books—which is so central to modern biblical scholarship and yet so problematic, even heretical, to others—makes perfect sense if we adopt ancient notions of “authorship” rather than modern ones.

Adding one’s voice to an ancient tradition without acknowledging it isn’t “lying” or “showing disrespect for God’s word.” It is how ancient authorship works—it is how the truth is told and how one shows respect for the tradition.

Modern assumptions of how authorship “should” work need to be set aside if we want to “take seriously” the biblical text.

Sommer uses a well-known internet joke to explain further how ancient authorship works: “Why God Could Not Get Tenure at a University.” The reasons include:

A real knee-slapper, of course, but Sommer noticed that none of the forwarded emails contained precisely the same list. Some of the reasons remained constant, but the exact wording was tweaked and the number of reasons given varied. (I might also add that the joke exists with at least one alternate name, “Why God Couldn’t Get a PhD,” or some other variation).

Because anyone who forwards an email can alter the text, various people (whether my friends, or the people who sent them, or some unknown person in the chain before that) had introduced small modifications, additions, and subtractions. Some people must have said to themselves, “It would be even funnier if I rephrase this one a little,” “Here’s a good one I thought of myself,” “I can take a joke as well as the next guy, but this one’s just sacrilegious.” Even though it was clear that people who passed the lists on often intervened in the text, I never saw anyone’s name attached to a list as author, even as partial author. It would have been ridiculous for someone who made a minor alteration to claim that status.

The situation of biblical scribes, mutatis mutandis, was similar. A scribe who added a line, even rephrased a sentence, or combined two texts did not regard himself as the author, and no one person is the “real” author. As a desire to attribute texts to particular authors became more common over time in ancient Israel, scribes connected texts with specicific figure, but putting their own name on texts they were transmitting would have been grossly inappropriate.  In such a situation, attribution to a respected symbolic figure from the past was culturally sensible. (p. 141, reformatted, emphasis added)

Wikipedia, emails, and the Internet as a whole are helpful analogies for understanding what the Bible is—a living, moving, dynamic, tradition.

The “word of God written,” as some describe the Bible, is itself complex and dynamic, a back-and-forth between respect for tradition and the need to continue transforming it. That much seems crystal clear to me.

The question we need to be asking, however, is as it has always been for Christians: does reading the Bible faithfully mean continuing that “transformative” trajectory, or shutting it down? Does the biblical “canon” function as a closed book of rules or as a model for a necessarily continuing theological process?

I think these are viable questions raised by paying attention to the Bible itself—both within the Old Testament and in how the New Testament authors appropriate it.