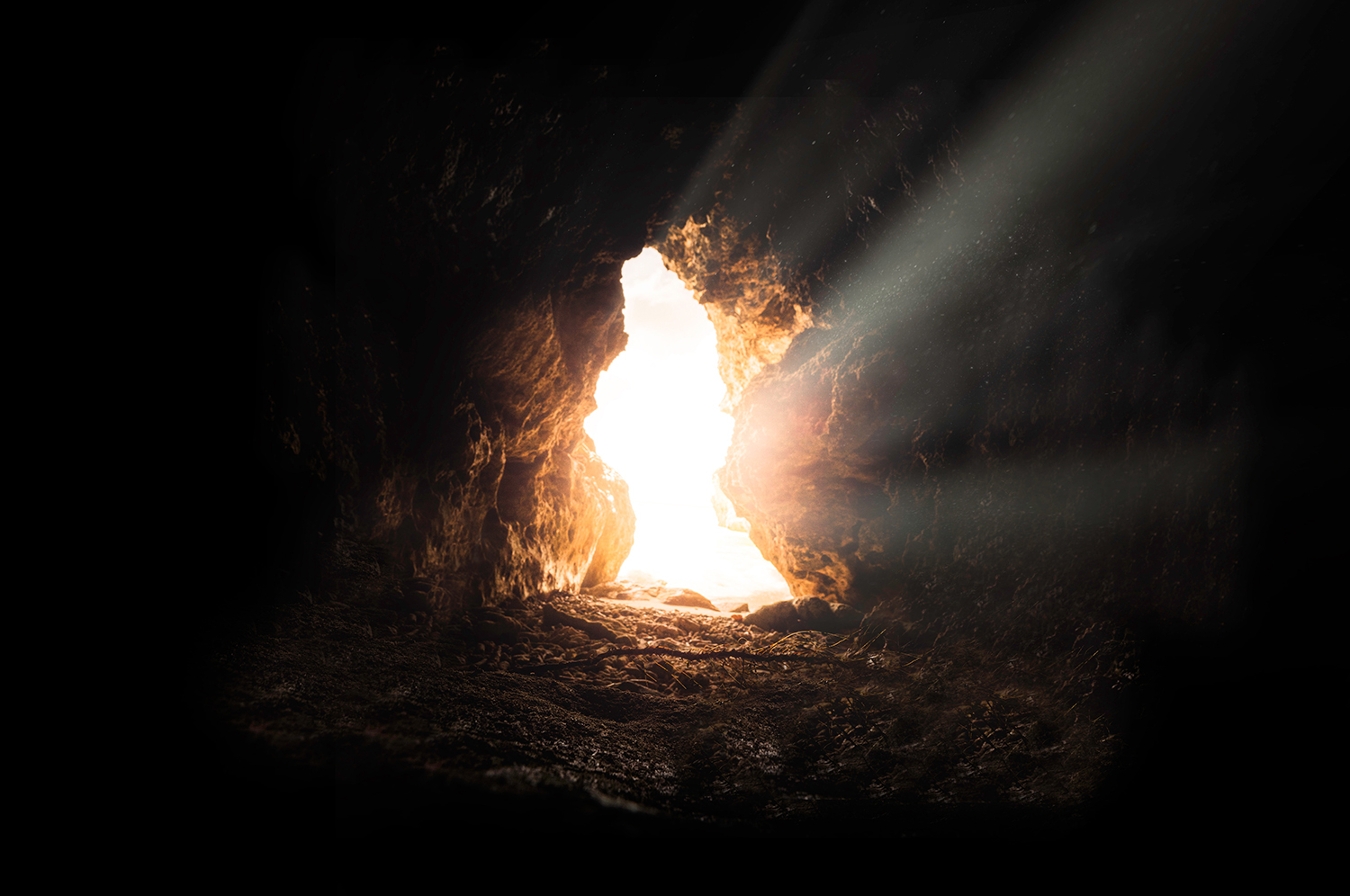 A Thought about Easter and the Bizarre Christian Faith

I have no problem saying—in fact, I think is it good and healthy to say—that I have, and have always had, some intellectual barriers to the Christian faith.

Not all the time, but enough of the time.

As I said I don’t mind admitting it, because to do otherwise would be a colossally silly waste of energy on my part, plus, judging from years of blogging, writing, teaching, speaking, and now podcasting, I’m hardly alone.

I’m also in ancient company here. The intellectual challenges of adhering to an ancient faith in a world that the ancient writers did not remotely envision has been, in one form or another, a challenge since before the time of Jesus (and you can look it up).

And so, I am both comforted by and attracted to the counterintuitive nature of the Christian faith that mocks my intellectual categories.

The gospel does not simply challenge our thinking so we adopt a more excellent philosophy, some other chain of argumentation that promises to give us a sure and stable intellectual foundation.

Rather—and what a relief it is to say—I have found that the gospel calls us to abandon all hope in our ability to work out in our minds what the Creator is up to.

And to obviate a predictable criticism—no, I am not suggesting that we should shut down our rational minds or that theological discourse is a waste of time. I do that for a living, for heaven’s sake.

I am saying that our reasoning is limited not only by our humanity, but by our time and place in this long drama we call “the universe.”

And so I have become quite adamant, maybe even a little cranky, in asserting that, if God exists, our thoughts and words will fail us rather quickly, and that the truth of God will necessarily draw us further out to orbits beyond what our feeble minds know, what makes sense to us.

Which brings me to Easter.

It struck me a few years ago, sitting there reading some book, as my mind began to wander, that the crucifixion of Jesus is one of those things about the Christian faith that (1) I don’t really understand, and (2) seems vitally important to understand.

What does the crucifixion “do”? For me, that’s more than asking “why did Jesus have to die?” (although that too is a great question to try [unsuccessfully] to wrap our heads around) but why die this way, at the hands of a violent regime?

What was the point?

Asking that particular question merely touches on one part of what the crucifixion is about, but for me this opened a door to see, in a way I hadn’t seen before, the rather bizarre way the Christian faith appeared on the historical scene, namely:

God is in some mysterious sense “with” Jesus not only in his death but in his shame.

Crucifixion was a form of execution perfected by the Romans to humiliate and shame its victims by transforming the victim into a bloody naked pulp hanging in abject agony in full public view over several days. The message to passers-by, of course, was “This is what happens when Rome isn’t happy with you, so don’t try anything.” Jesus’s crime, from the Roman point of view, was political—hence the sign over Jesus’s head, “Jesus of Nazareth King of the Jews,” indicated his crime.

Because God, as Christians confess, is uniquely (though mysteriously) identified in Jesus of Nazareth, the crucifixion undermines the divine honor-shame dynamic—not only of Israel’s tradition, but of Greco-Roman religion, and, as far as I can tell, any religion ever.

And that’s a big deal that no one could possibly have seen coming.

Think of how often in the Old Testament God is concerned with maintaining his honor and reputation, and how he reacts at being put to shame by Israel’s disobedience. Yahweh tends to react rather strongly: some restitution must be made for shaming God.

In the 1st century world of Jesus and Paul, the honor-shame dynamic was woven into the fabric of religion, politics, and society. If you want to start a new religion and hope it will catch on, your opening move isn’t to align your god with the worst humiliation Rome could muster.

And yet, Christianity’s opening public move, so to speak, was an act of humiliation, shame, and defeat, unworthy of any of the gods.

When this began to click for me on a spiritual level, some familiar passages in the New Testament began to hold deeper meaning for me, especially this one.

For I am not ashamed of the gospel; it is the power of God for salvation to everyone who has faith, to the Jew first and also to the Greek.  (Romans 1:16)

As a teen, I remember being told that this meant something like, “Don’t be embarrassed to talk about Jesus to your friends.” But that hardly gets at Paul’s meaning.

The cross was a source of open shame, an intellectual affront to Jew and Greek alike (1 Corinthians 1:23), and Paul had to address it. And he does by positing something that runs counter to common religious sense:

This act of shame turns out being “the power of God”—a counterintuitive, bizarre, claim that would hardly make sense to anyone who hadn’t already entered into a new way of knowing God that pushes past conventional thinking, whether Jewish or Gentile.

The crucifixion helps remind me how outside our human frame of reference the gospel is. And for that, my modern left brain is thankful.