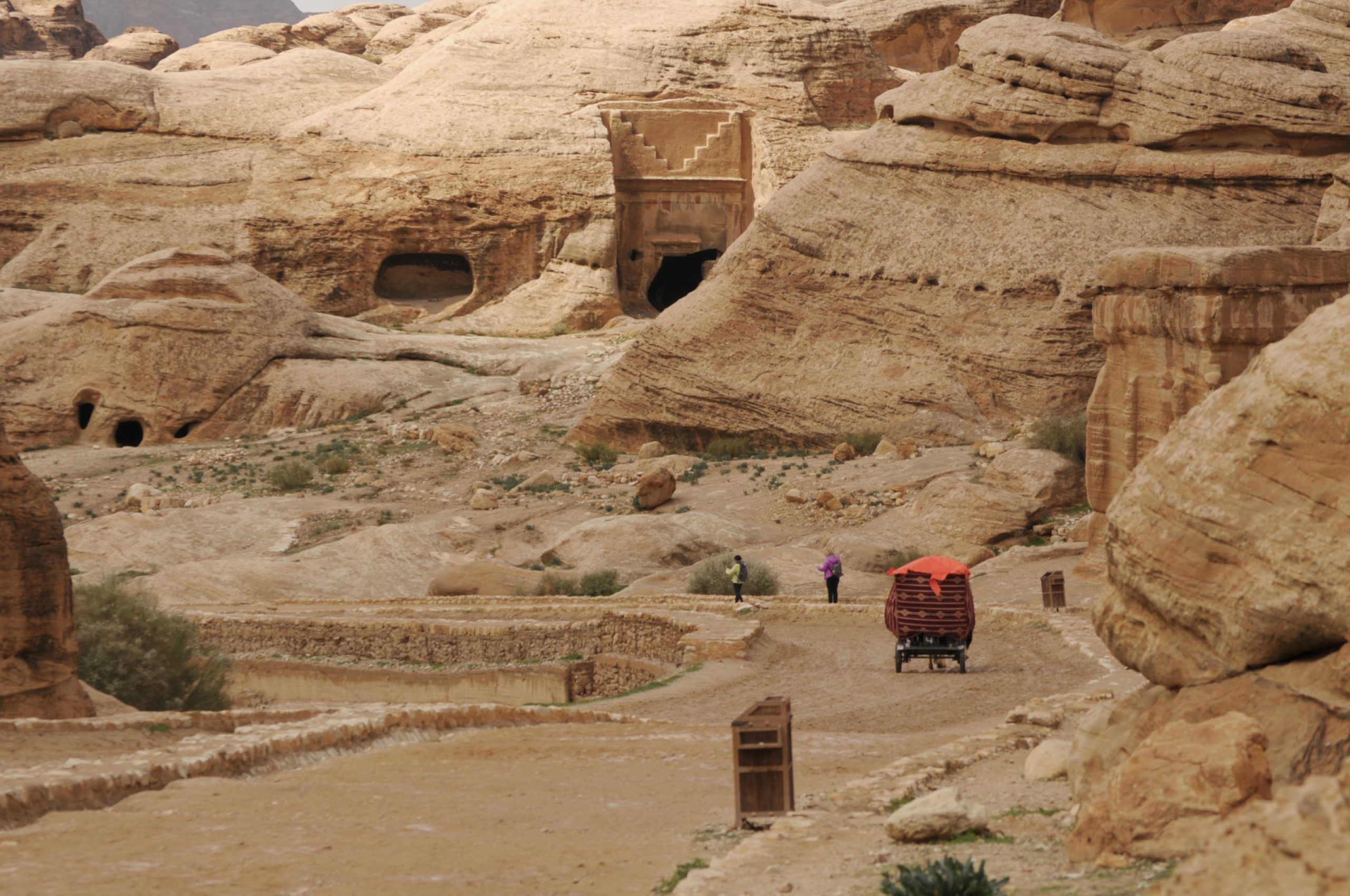 A Pilgrimage to Understanding the Biblical World Better

Cynthia Shafer-Elliott (Ph.D., The University of Sheffield, England) is an Associate Dean of the School of Theology and Leadership and Associate Professor of Hebrew Bible & Archaeology at Jessup University in Rocklin, California. Dr. Shafer-Elliott specializes in the cultural and social contexts of ancient Israel and Judah, particularly within domestic contexts. Her major publications include: Food in Ancient Judah: Domestic Cooking in the Time of the Hebrew Bible (2013) and editor of The 5 Minute Archaeologist in the Southern Levant (2016), along with numerous chapters, encyclopedia and dictionary articles, articles, essays, and papers presented on food, households, and gender. She is currently co-editing the T & T Clark Handbook of Food in the Hebrew Bible and Ancient Israel. Dr. Shafer-Elliott is an experienced field archaeologist and is part of the archaeological excavations at Tell Halif and Tell Abel Beth Maacah in Israel.

If you are reading this blog post for the B4NP then I assume (rightly or wrongly) that you are a Bible nerd like me. Don’t get me wrong, I use the term “nerd” in the most loving, supportive, and good-humored way possible. I am not afraid to admit it: My name is Cynthia and I am a Bible nerd. I proudly wear this label and I encourage all you other nerds to do the same.

I have loved history ever since I was a little kid: colonial American history, British history, and any kind of ancient history; but the history I couldn’t get enough of was that of ancient Israel. I would mimic my father and read my bible every night; however, the things I would underline were not at all the typical things people normally underline in their bibles, like verses that they found inspirational. The nerd that I am would underline things related to geography, history, and especially culture.

When I was in college, I had the opportunity to take a historical geography course in Israel with one of my favorite professors. While there, one of the things that really impressed upon me was the physicality of the Bible and its world. In fact, St. Jerome (347-420 AD) called the land the “fifth gospel” and wrote:

Five gospels record the life of Jesus. Four you will find in books and the

one you will find in the land they call Holy. Read the fifth gospel and the

world of the four will open to you.

In other words, in order to better understand the history and literature of a place, we must understand the physicality of the land – its peaks and valleys, its bodies of water and deserts, its seasons and produce.

Just being there and taking it all in changes everything. Scripture in color.

As if this wasn’t enough, the physicality of the Bible and its world was something I discovered in the dirt – literally. On that trip, we participated in an archaeological dig for a day. We found nothing. But I didn’t care. That day showed me that archaeology is history that I can literally see and touch.

This moved me. It still does.

And I’ve been studying ancient Israel both in the Hebrew Bible and the archaeological record ever since. What a nerd, right?

To be mutually challenged and encouraged isn’t a bad thing. Indeed, an analogy could be made between the pilgrim’s progress and Jacob’s struggle with the divine being in Genesis 32:22-32. As dawn approaches, the divine being tells Jacob to release him, but Jacob replies with,

A pilgrimage of the Bible confronts our preconceived notions about the Bible and its world. It would be easy for the pilgrim to get frustrated or uncomfortable with the journey. The struggle is real; however, as with Jacob, the struggle is part of the blessing.

Although, it doesn’t hurt to have some help along the way.

I am here to try to help you on your pilgrimage to understanding the biblical world better. In October, I’ll be offering a class for the B4NP on Everyday Life in Ancient Israel. We’ll use archaeology, the Hebrew Bible, and other tools to talk about households, religion, food, and how this helps us to see the physicality of the biblical world – everyday life that we can see and touch.

Thanks, Nerds. I hope to see you in class. 🙂