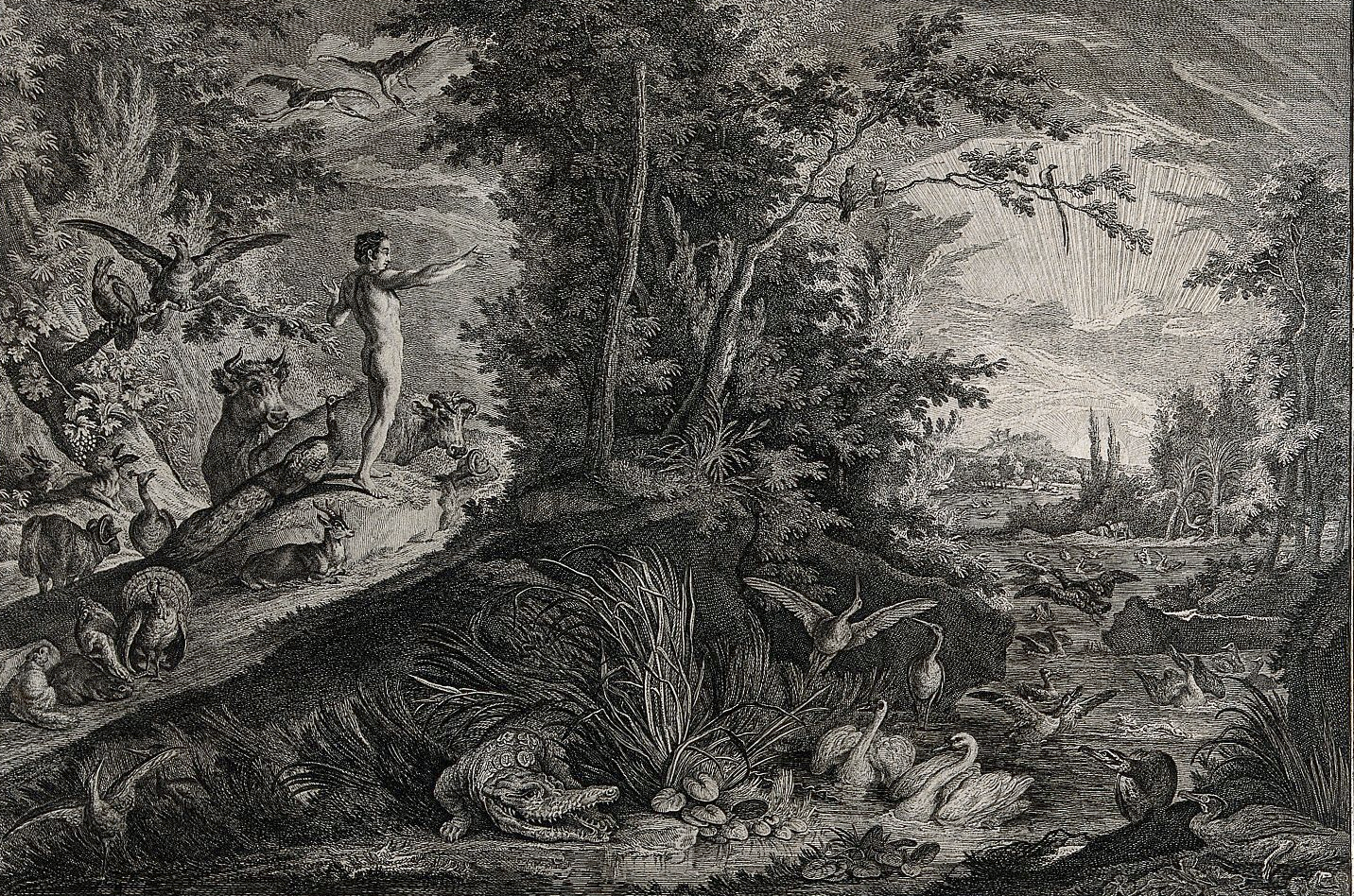 A Missing Angle on the Evangelical Struggle with Evolution

Protestant Evangelical theology continues to struggle with the fact of evolution. Why?

One reason is that the groundwork of Evangelical theology was laid centuries ago in the wake of the Protestant Reformation, long before the theory of evolution arose. Baked onto the Evangelical theological system, therefore, is the belief that Adam is in some sense the “first” historical human. It remains a core element of Evangelical identity, in fact, a non-negotiable, load-bearing beam of the Gospel itself.

Evangelicals wishing to bring Evangelical theology and evolution into genuine conversation find themselves, sooner rather than later, under incredible pressure to respect the Protestant Evangelical tradition of a historical Adam while at the same time engaging the science. The result has been the putting forth of various ad hoc adjustments to one or the other to make it all hang together.

That is the state of things.  So let me come at this perennial problem from a different angle.

Evolution is a scientific theory that makes a historical claim about how and when humans arose. The evolution of life on earth is a public process, so to speak, that scientists can study because that process has left “historically accessible footprints.” The theory is not based on personal opinions or preferences.

The resistance to evolution among Evangelicals is not rooted in scientific/historical arguments. Rather it is rooted in the fact that Scripture has a character named Adam. He is mentioned in Genesis 2-3 (the Adam and Eve story) and also in Romans 5 and 1 Corinthians 15 (where Paul seems to speak of Adam as the first human).

And here is the problem in a nutshell for Evangelicalism: accepting evolution means turning one’s back on the authority of the Bible, which is a core pillar of Protestantism established in the Reformation.

Let me suggest a way forward—though I sense that, for many, the solution may not be much better than the problem. But here it is.

Evolution is, as I said, a theory that makes historical claims in a historical manner (insert here the various branches of science that have parted the darkness on the deep past).

In other words, the Adam of the Bible cannot be assumed to be a historical entity that is on equal historical grounds with evolution.

In other other words, if one wishes to be engaged in a historical discussion of where humans came from, there is no room for assuming the historical truth of a reading of Genesis or Paul that is a rooted in one’s theological preference, no matter how non-negotiable that preference seems to be.

One more time: If someone says, “Evolution is true, and there is no ‘first human,’” the proper response is not, “But a historical first human is an absolute theological necessity in our tradition, so let’s try to make them fit somehow.”

That is a non-historical response to a historical argument. And at this point, one has left the historical discussion rather than contributing to it.

The references to Adam in Scripture, rather than assuming to speak authoritatively on historical matters, need to be engaged—just as do scientific matters—in an informed and principled manner.

That would mean entering a historical discussion about how to understand the biblical references to Adam.

With respect to Genesis, we have a wealth of information concerning the mythic nature of origins stories that emerged long ago in the ancient Near East, and which provide the historical context for the writing of the biblical story. Likewise, Paul’s references to Adam can no longer be understood in isolation from the Paul’s complex world, where Judaism and Greco-Roman cultures had been clashing and merging for centuries. (I go into more detail on this in various blog posts here and also in The Evolution of Adam.)

As for me, having been engaged in just such an endeavor for some time, I have come to conclude that the biblical rhetoric on Adam fits not in the realm of history but of story, metaphor, or some other non-historical designation. I am hardly alone in drawing this conclusion.

Some Evangelicals bypass this challenge by seeking to undermine the historical claims of evolution. That is another matter entirely, and to which I say, good luck to you—as long as that challenge is done in an informed and principled manner: informed, meaning one has true professional training in the sciences being discussed and subjected to professional review; principled, meaning one is genuinely seeking after truth rather than pre-committed to defending truth as they need it to be.

The science/faith debate in Evangelicalism remains a point of distress for many. The way forward, it seems to me, is a willingness to have one’s assumptions about “what the Bible says” challenged so that it can be brought into genuine dialogue with scientific truths. That very willingness, however, strikes at the core of Evangelical identity.

And there, as they say, is the rub.