Ever wonder what the Bible says about hell?

What could be more fun than taking a one-night class to learn about it?

Nothing. The answer is nothing could be more fun.

A history of the afterlife, from Egypt to Greece, Rome, and into the Hebrew Bible and New Testament.
What is Sheol, Gehenna, the Pit that we find in the Old Testament?
How does the Book of Revelation fit into all of this?
One-night live class
Live Q&A session (during live event only)
Link to class recording
Downloadable class slides

Where do the hell passages in the Bible come from and what do they mean?

Meghan Henning is an Associate Professor of Christian Origins at the University of Dayton. She specializes in New Testament and Early Christianity, and holds an undergraduate degree in Religion and Economics from Denison University, a Masters degree in Biblical Studies from Yale Divinity School, and a doctorate in New Testament from Emory University.

Meghan’s book (Mohr Siebeck) on the pedagogical function of Hell in antiquity is entitled Educating Early Christians through the Rhetoric of Hell. She has written a number of articles, essays, and invited papers on Hell, the New Testament, apocalyptic literature, apocryphal literature, ancient rhetoric, disability studies, and pedagogy. In addition to the New Testament she is interested in the theme of suffering in antiquity, women in early Christianity, Petrine literature, historiography, contemporary philosophy, the work of Michel Foucault, disability studies, feminist hermeneutics, and post-colonial theory. Meghan is currently working on a book about the conceptualization of gender, disability and the body in the early Christian apocalypses (Hell Hath No Fury, under contract with Yale University Press).

She is the recipient of grants and awards from the Jacob K. Javits foundation, the Society of Biblical Literature, Yale Divinity School, and Emory University. Dr. Henning has been interviewed by the Daily Beast, and has appeared in a documentary for the National Geographic Channel, and on CNN.

Too good for this class? You can just go to Sheol then.

We’re kidding of course.* See you there!

BROUGHT TO YOU BY 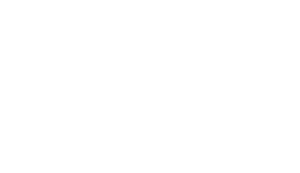